While campaigning for the ruling BJP in Gujarat, Paresh Rawal said the people of Gujarat would tolerate inflation but not "Bangladeshis and Rohingya" next door. 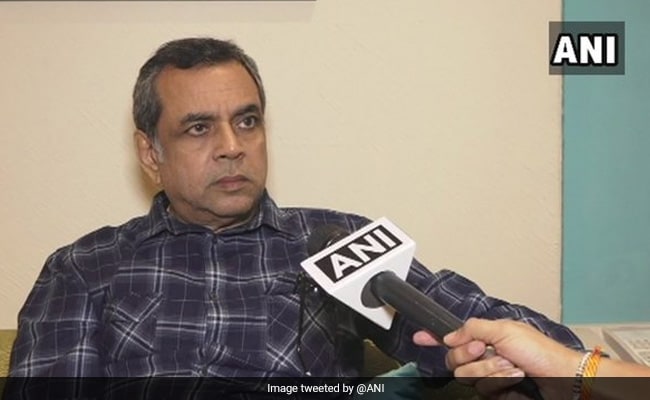 Paresh Rawal has been called in for questioning on December 12.

The complaint against Paresh Rawal was filed by former Member of Parliament and CPI(M) leader Md Salim. Md Salim wanted Paresh Rawal to be charged under various sections of the Indian Penal Code, including for promoting enmity, intentional insult, public mischief etc.

While campaigning for the ruling BJP, Paresh Rawal said the people of Gujarat would tolerate inflation but not "Bangladeshis and Rohingya" next door and used a "cooking fish" stereotype that has incensed Bengalis.

"Gas cylinders are expensive, but their price will come down. People will get employment too. But what will happen if Rohingya migrants and Bangladeshis start living around you, like in Delhi? What will you do with gas cylinders? Cook fish for the Bengalis?" Paresh Rawal had said last week in Valsad.

Paresh Rawal's comments created a storm in West Bengal with the ruling Trinamool Congress taking strong objection to his outburst.

Though the veteran actor made an effort to explain his comments with a qualified apology but ended up aggravating the row by claiming that he meant "illegal Bangladeshis and Rohingya" when he used the word "Bengalis".

The action against Paresh Rawal comes on a day Trinamool Congress spokesperson Saket Gokhale was arrested for alleging that PM Modi's visit to Gujarat's Morbi in November cost the state government ₹ 30 crore, far more than the compensation given to victims of the bridge collapse.