"Parents Of Victim Should Be Heard": Priyanka Gandhi On Uttarakhand Murder

Priyanka Gandhi said that strict action be taken against those who were negligent in the case. The accused should be tried in a fast-track court and punished. 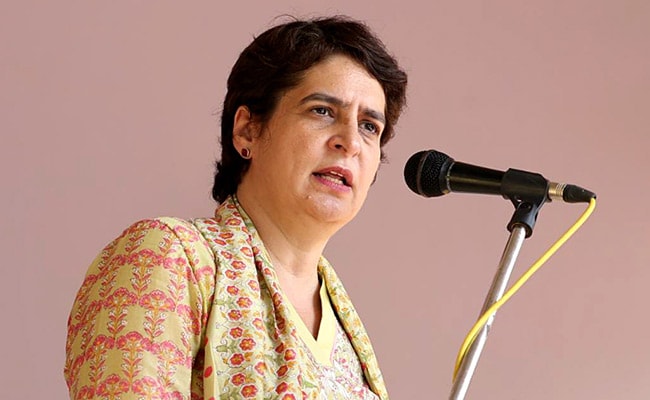 The administration is restricting itself to action just for show, Priyanka Gandhi said. (File)

Congress leader Priyanka Gandhi Vadra on Sunday said the Uttarakhand government should act with seriousness and sensitivity in the case of a woman receptionist's killing and demanded that the accused be tried in a fast-track court.

The body of Ankita Bhandari (19), who worked at a resort in Uttarakhand's Pauri district, was found in the Cheela canal close to Rishikesh on Saturday, six days after her parents reported her missing.

She was allegedly killed by Pulkit Arya, resort owner and Haridwar BJP leader Vinod Arya's son, and two other employees when she resisted their attempts to offer "special services" to customers.

Pulkit and his two accomplices have been arrested in the case.

"A heart-wrenching incident happened with Ankita of Uttarakhand. But even after such a big incident, the administration is restricting itself to action just for show. Just imagine what Ankita's parents might be going through," Ms Gandhi said in a tweet in Hindi.

The victim's family is asking why the evidence of the incident is being destroyed, the Congress general secretary said.

"Why is the complete post-mortem report not being given to them? The principle of justice says that the government should act with seriousness and sensitivity. The parents of the victim should be heard," she said.

Ms Gandhi demanded that strict action be taken against those who were negligent in the case. The accused should be tried in a fast-track court and punished, she said.

The Rishikesh-Badrinath national highway was blocked for several hours in Uttarakhand's Srinagar area on Sunday by people demanding justice for Bhandari.