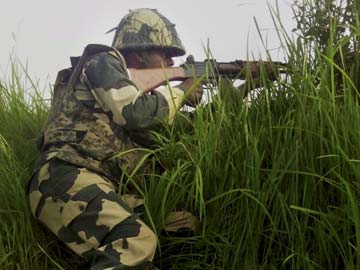 Jammu: In what is possibly the biggest ceasefire violation since the Narendra Modi government took charge in May, Pakistani troops have targeted 35 Indian posts at the International Border in Jammu and Kashmir.

The firing started at 10 pm last night and is still on, intermittently. The BSF has retaliated.

Two civilians are said to have been injured in the firing.

In the past two weeks, incidents of ceasefire violation have been reported almost every day; there have been over 70 since the BJP came to power.

Defence Minister Arun Jaitley said on Sunday that there have been a series of "provocations" by Pakistani Army and the country's armed forces are "fully protecting both our territory and people".

Promoted
Listen to the latest songs, only on JioSaavn.com
"Whatever response is required are being adequately made by them," Mr Jaitley said.

Amid a spike in border hostilities, India last week suspended Foreign Secretary level talks with Pakistan over its envoy's meetings with Kashmiri separatists. The talks were scheduled for today.