There has been a spurt in Pakistani shelling along the international border and Line of Control in Jammu and Kashmir this year with over 2,027 cases of violation of a ceasefire agreement being reported till June 10. 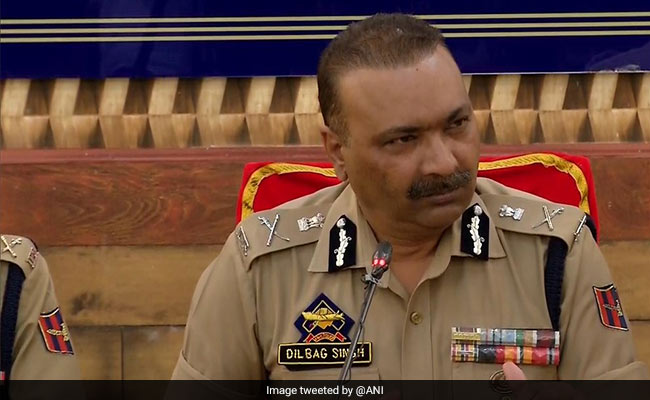 Pakistan is trying to push terrorists into Jammu and Kashmir under the cover of ceasefire violations by its troops along the Line of Control, police chief Dilbagh Singh said today.

"Pakistan is making efforts to send more Jaish-e-Mohammad and Lashkar-e-Toiba cadres into Kashmir. For that, they are trying to use the International Border sector in Jammu or the LoC in Nowshera sector (in Rajouri district)," he said.

"Efforts are also being made in Kupwara and Baramulla to push more terrorists into this side under the garb of ceasefire violations. The Army is foiling these efforts there," Mr Singh told reporters on the sidelines of the wreath-laying ceremony of a CRPF jawan in Srinagar.

The CRPF jawan was killed during an encounter between terrorists and security forces in Pulwama district this morning. Two unidentified terrorists were killed in the encounter.

There has been a spurt in Pakistani shelling along the international border and Line of Control in Jammu and Kashmir this year with over 2,027 cases of violation of a ceasefire agreement being reported till June 10.

Mr Singh said the security grid at the border and Line of Control as well as in the hinterland were working in tandem to defeat the efforts against peace in the union territory.

"The border grid and the hinterland grid are working in synergy to foil these designs," he said.

The police chief also claimed that the Jaish-e-Mohammad terror group was planning to carry out a major IED-based attack on security forces, and added that the grid was prepared to tackle it.

"We foiled a major vehicle-laden IED attack on 28th of last month. Jaish is now planning to have some big IED incident against the security forces. We are fully alert at all levels against such plans, I am sure our alertness will take care of those plans," he added.

Asked about the recent successes in operations against terrorists, the Director General of Police (DGP) said the security forces were carrying out nearly two dozen operations everyday based on the intelligence inputs they receive.

"There are around two dozen operations underway every day and sometimes one or two operations click and sometimes none. Our effort is that we act on all information we get about terrorists and terror activity," he said.