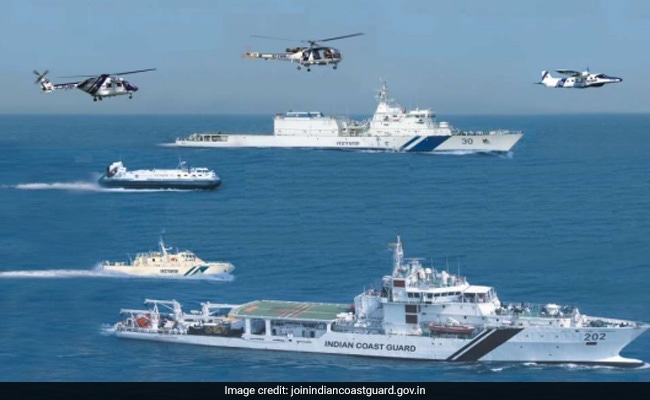 In a humanitarian gesture, a Pakistani national and master of the merchant ship MV Haykal was given assistance and evacuated by Indian Coast Guard last month, after he suffered a heart stroke, on the vessel which was enroute to Gopalpur in Odisha.

According to sources, the condition of the 60-year-old Captain Badar Hasnain, who was evacuated on July 13, is now stable and will be travelling back to Pakistan today through the Attari-Wagah border.

The sources added that Captain Hasnain's well-wishers including his daughter have appreciated the humanitarian gesture of the Indian government and efforts of the doctors to provided immediate emergency evacuation and medical treatment.

The Indian Coast Guard's Maritime Rescue Coordination Centre (Chennai) responded to a request for immediate medical assistance for Captain Hasnain and the vessel was diverted to Visakhapatnam.

The patient was disembarked on July 13 with the assistance of Vizag Port team and evacuated to the Queen's NRI hospital in Visakhapatnam.

The provisional diagnosis of the doctors at the hospital was that he suffered from "Hypoxic Ischemic Encehalopthy" and further recommended his treatment to continue in the hospital.