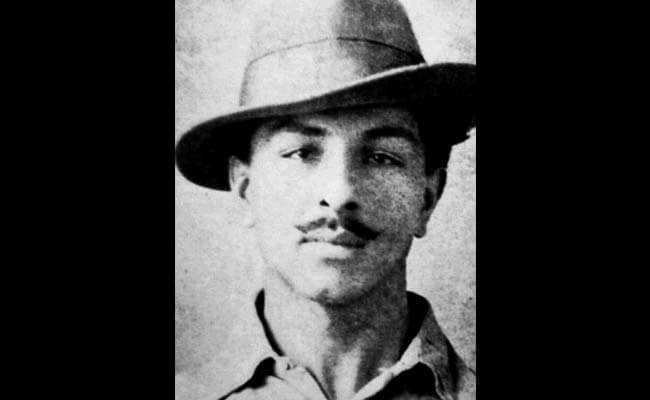 Lahore: A Pakistani court will finally hear from Wednesday a petition to prove the innocence of legendary freedom fighter Bhagat Singh in the murder case of a British police officer, nearly 85 years after his execution by the colonial government.

The petition was last heard by justice Shujaat Ali Khan in May 2013, when he referred the matter to the chief justice for the constitution of a larger bench.

Advocate Imtiaz Rashid Qureshi, chairman of the Bhagat Singh Memorial Foundation, had in November filed a plea in the LHC for early hearing of the matter.

In the petition, Advocate Qureshi said Bhagat Singh was a freedom fighter and fought for independence of undivided India.

Mr Singh was hanged by British rulers on March 23, 1931 at the age of 23, after being tried under charges for hatching a conspiracy against the colonial government.

He said Mr Singh was initially jailed for life but later awarded death sentence in another "fabricated case".

The petitioner further said Bhagat Singh is respected even today in the subcontinent not only by Sikhs but also Muslims as the founder of Pakistan Muhammad Ali Jinnah twice paid tribute to him.

"It is a matter of national importance and should be fixed before a full bench," he said and pleaded the court to set aside the sentence of Singh by exercising principles of review and order the government to honour him with state award.

In 2014, Lahore police provided the copy of the original FIR of the killing of Saunders in 1928 to the petitioner on the court's order. Singh's name was not mentioned in the First Information Report of the murder of Saunders for which he was handed down death sentence.

Eighty three years after Singh's hanging, Lahore police searched through the record of the Anarkali police station on court's order and managed to find the FIR of the murder of Saunders.

Written in Urdu, the FIR was registered with the Anarkali police station on December 17, 1928 at 4.30pm against two 'unknown gunmen'. The case was registered under sections 302, 1201 and 109 of Indian Penal Code.

Petitioner Advocate Qureshi said special judges of the tribunal handling Singh's case awarded death sentence to him without hearing the 450 witnesses in the case. Singh's lawyers were not given the opportunity of cross-questioning them, he said.

"I will establish Bhagat Singh's innocence in the Saunders case," Advocate Qureshi said.