Last month, the Delhi High Court extended the interim protection from arrest granted to P Chidambaram on his pleas seeking anticipatory bail in the case lodged by both the ED and the CBI till January 15. 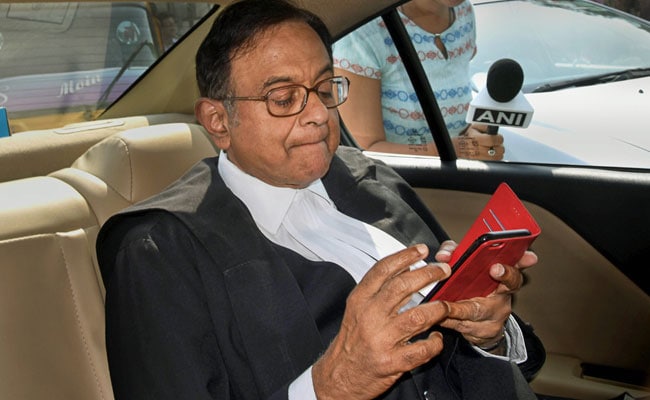 Former Finance Minister P Chidambaram on Monday appeared for questioning before the Enforcement Directorate (ED), which is probing his role in the INX media money laundering case for giving a Foreign Investment Promotion Board (FIPB) clearance to the group in 2007.

The senior Congress leader arrived at the agency's office at around 11.15 am.

An ED official said that the former leader was summoned last month by the agency for questioning.

On December 19, Mr Chidambaram was questioned by the financial-probe agency for over eight hours in connection with the case for the first time.

Last month, the Delhi High Court extended the interim protection from arrest granted to Mr Chidambaram on his pleas seeking anticipatory bail in the case lodged by both the ED and the CBI till January 15.

The court had also directed him to cooperate with the investigation.

The ED had registered a PMLA case based on a CBI FIR and alleged that irregularities took place in the FIPB clearance to INX Media for receiving overseas funds to the tune of Rs 305 crore in 2007 when Mr Chidambaram was the Union Finance Minister.

The ED and the CBI were also probing how the UPA minister's son Karti Chidambaram managed to get the FIPB clearance.

Karti Chidambaram was arrested on February 28, 2018. He was later granted bail.

The ED probe so far showed that for the FIPB approval, INX Media directors Peter and Indrani Mukerjea met P Chidambaram, so that there was no hold-up or delay in their application.

The ED has said that the money so received by associated entities was channeled back into the ASCPL.