Priyanka Gandhi Vadra posted a photo of her hugging Ms Hasina with Former Prime Minister Manmohan Singh standing beside them. 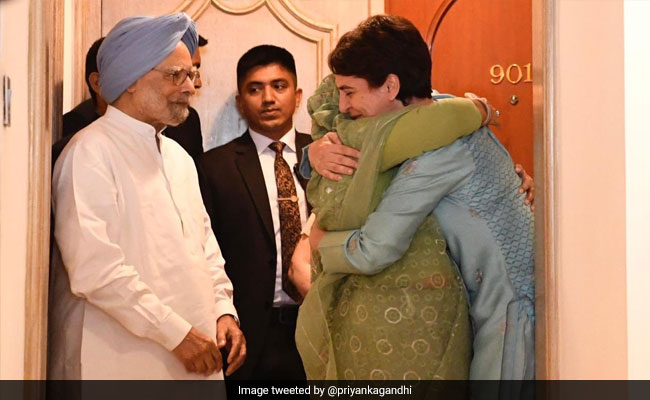 "An overdue hug from Sheikh Hasina Ji whom I have been waiting to meet again for a long time. Her strength in overcoming deep personal loss and hardship and fighting for what she believed in with bravery and perseverance is, and always will be a great inspiration for me," Priyanka Gandhi tweeted.

The Congress leader also posted a photo of her hugging Ms Hasina with Former Prime Minister Manmohan Singh standing beside them.

The Bangladesh PM is on a 4-day official visit to India and held a series of bilateral talks with Prime Minister Narendra Modi earlier in the week. The talks revolved around trade, connectivity and people-to-people ties.

Prime Minister Hasina also attended the India-Bangladesh Business Forum, held on the sidelines of the World Economic Forum, where she pitched her country as a fast-growing economy and an attractive business destination.

Big Drop In Antibodies Within 4 Months Of Covid Shot, Says Study In India