"Told Cook To Not Use Onions": Sheikh Hasina Jokes On India's Export Ban

Bangladesh has been badly hit by India's export ban, with prices crossing Rs 10,000 per 100 kilogram in Dhaka, forcing the country to turn to Myanmar, Egypt, Turkey and China to increase supplies and control prices in its markets 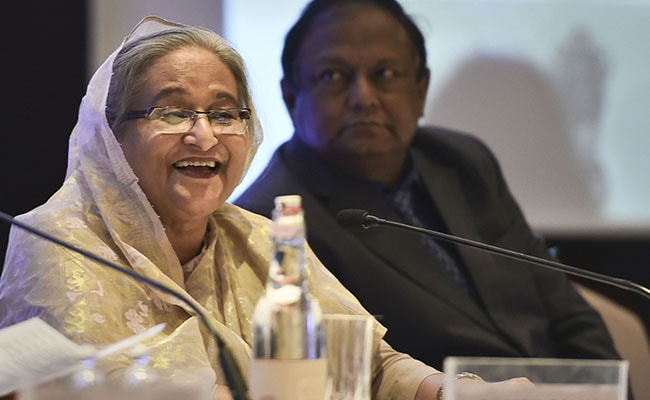 Bangladesh, Malaysia and other Asian countries have been hit by India's ban on onion export

Bangladesh Prime Minister Sheikh Hasina today joked about the difficulty in procuring a supply of onions, both for herself and for her country, after India, the world's biggest seller of the vegetable, banned exports last month because an extended monsoon delayed harvests leading to shriveled supplies and runaway prices.

The Prime Minister, in Delhi to attend the India-Bangladesh Business Forum, being held on the sidelines of the World Economic Forum, was pitching her country as a fast-growing economy and attractive business destination when she broke off to ask the centre why she had not been given notice of the ban.

"It has become difficult for us to get onions. I don't know why you stopped the supply. I've told my cook to make food without onions!" Ms Hasina said as the audience laughed.

On September 29, the centre banned, "with immediate effect", the export of onions after prices jumped to Rs 4,500 per 100 kilograms, the highest in nearly six years.

In its notification, the Directorate General of Foreign Trade (DGFT), an arm of the commerce ministry which deals with export- and import-related issues, said "... export of all varieties of onions... is prohibited with immediate effect".

"Some notice (about the ban) would have been nice," Ms Hasina said, adding with a smile, "It was stopped so suddenly that it has become difficult. The next time you decide to do something like this... some advance notice would be nice."

Bangladesh has been badly hit by India's export ban, with prices crossing Rs 10,000 per 100 kilogram in the capital city of Dhaka. The country has turned to the likes of Myanmar, Egypt, Turkey and China to increase supplies and control prices in its markets.

In response to the crisis, Bangladesh has initiated sales of subsidised onions through the state-run Trading Corporation of Bangladesh (TCB). However, as TCB spokesman Humayun Kabir pointed out, time taken to import the now precious vegetable is also a concern.

It takes about a month to bring onions from Egypt to Bangladesh and about 25 days from China. It only takes a few days to get it from India.

The same is the case for countries like Malaysia, which is the second-largest buyer of Indian onions.

Meanwhile, the Indian government, as part of its measures to control prices, has also imposed a stock limit on traders to prevent hoarding; as per the order, retailers can only keep 100 quintals and wholesale traders 500 quintals.