Over 6,000 Turtles, Stuffed In Sacks, Rescued In Uttar Pradesh's Amethi Over 6000 turtles were recovered in Amethi in Uttar Pradesh

In one of the biggest seizures across India, over 6,000 turtles were rescued after a house was raided in Uttar Pradesh's Amethi. A local has been arrested - he had allegedly stuffed the animals into sacks for smuggling, police said.

In the raid conducted by UP Police Special Task Force on Tuesday, thousands of turtles were found stuffed in sacks and also on the ground inside the compound of the accused's home in the Gauriganj town.

"We have recovered such a huge amount of turtles from one single location. We are investigating this further and looking at the involvement of more people, especially smuggling rings," said Arvind Chaturvedi, a senior police officer who led the raid. 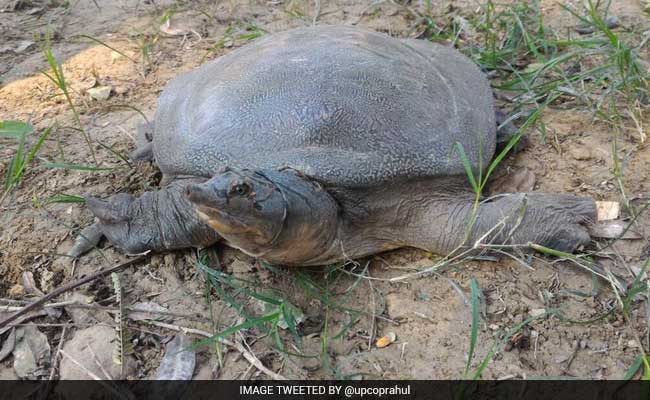 The UP forest department has issued a statewide alert.

Turtles are found all along the gangetic belt in Bihar and Uttar Pradesh. The turtle smuggling network in the country extends from Uttar Pradesh to Bihar, West Bengal and Assam. From Kolkata - the main transit point - turtles are smuggled to Bangladesh, Myanmar, China, Thailand, Hong Kong and other Southeast Asian countries from its shores. There is a high demand for turtles in the international market for - meat, its feng shui connection and production of some medicines.

Turtles are also believed to be in high demand around the harvest festival of Makar Sakranti - its meat is consumed in eastern and north eastern India.

The UP forest department has issued a statewide alert. The state government says more raids will be conducted in the coming days to crack down on the smuggling of turtle.