Officials said since Dineshwar Sharma arrived in Srinagar yesterday to start a sustained, multi-layered dialogue in the state, 32 delegations have called on him at Hari Niwas state guest house 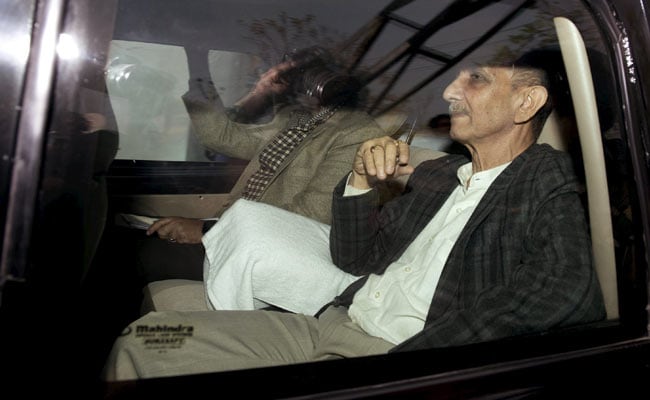 Srinagar: Over 30 delegations from various organisations and political parties in Jammu and Kashmir have called on Dineshwar Sharma, the special representative for Kashmir appointed by the central government, officials said today.

They said since Mr Sharma arrived in Srinagar yesterday to start a sustained, multi-layered dialogue in the state, 32 delegations have called on him at Hari Niwas state guest house.

Prominent among those who called on Mr Sharma today included Waheed Parra, youth leader of the ruling People's Democratic Party, Sanjay Saraf of the Janata Dal (United), delegations of erstwhile panchayat members, some local youth delegations and those of the Sikh community in Kashmir valley.

Commenting on his meeting with Mr Sharma, Mr Parra said, "This is a meaningful dialogue process because the central government has owned and institutionalised this process."

Touseef Raina of the Global Youth Foundation said he raised issues related to youth with Mr Sharma because the local youth are the real stakeholders who should be taken into confidence.

Another delegation leader, Abida of NGO JK Seva that called on Mr Sharma, said that they raised issues on women's safety and related matters.

Shafiq Mir, chairman of Jammu and Kashmir Former Panchayat Members Association, said: "Democratic institutions are not strong in Kashmir. We put forward ground level problems of people since the panchayats form a bridge between state and people."

Promoted
Listen to the latest songs, only on JioSaavn.com
"We demanded that the state Panchayati Act should be strengthened. We have also raised the issue of killings of Panchayat members in the Valley," Mr Mir said.

Mr Sharma is likely to meet Yusuf Tarigami of the CPI(M), Ghulam Hassan Mir and Hakim Yaseen, three opposition mainstream leaders tomorrow before concluding his three-day visit to the Valley.