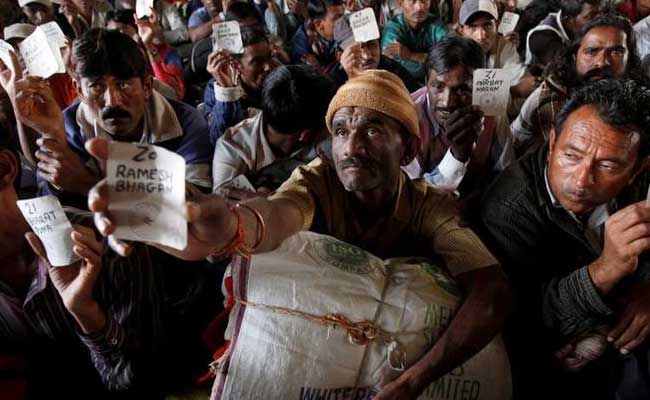 Pakistan had announced the release of over 200 Indian fishermen on Thursday as "goodwill gesture". (File)

Attari, Punjab: Pakistan government today repatriated 218 Indian fishermen through the border in Punjab, two days after their release from jails as a goodwill gesture.

All the prisoners crossed over to India around 1.00 am through the land transit route of Attari - Wagah (Pakistan side) border on the basis of 'Emergency Travel Certificates' issued by the Indian High Commission at Islamabad, a BSF spokesman said.

Pakistan had announced their release on Thursday bringing the total number of Indian fishermen freed from Pakistani jails as "goodwill gesture" in the last 12 days to 439, despite the chill in bilateral ties.

They were arrested a year ago when their boasts slipped into Pakistan through territorial waters in Arabian Sea. They were caught by the Pakistani coast guards on the charge of illegal fishing while violating its territorial waters.

Immediately after the repatriation, the medical examination of all the prisoners was conducted by a team of doctors.

The moment, fishermen crossed over to India, they humbly bowed down their forehead and kissed the motherland with passion. At that time many fishermen were seen with moist eyes.

The fishermen were also worried about their future as they would not be able to join their profession once again as their boats were seized by the Pakistani coast guards.

This is the second batch of Indian fishermen released from Pakistan jails since relations between the two countries became tense after the terror attack on an Indian army base in Uri in September last for which India has blamed Pakistan-based Jaish-e-Mohammed terror outfit.

On December 25, the Pakistan government had freed 220 Indian fishermen who were in jail for more than a year as goodwill gesture after Prime Minister Narendra Modi greeted counterpart Nawaz Sharif on his birthday.

Last March, the Pakistan government had released 87 Indian fishermen who had been languishing in jail in Karachi for the last two-and-half years.

Pakistan and India frequently arrest each others' fishermen for violating the territorial boundary.

Poor fishermen from both countries routinely find themselves arrested for illegal fishing as there is no clear demarcation of the boundaries between the two countries in the Arabian sea near Sir Creek, and lack of technology has made life difficult for the fishermen.

Fishermen from both countries end up languishing in jails for years even after serving their sentences and their only hope of getting released is when the governments decide to take goodwill steps.
Comments
Indian fishermenIndia Pak tension