Over 180 Soldiers From Jammu And Kashmir Join The Army

The parade was attended by over 1,000 relatives including parents of the young soldiers, besides a number of civil and military dignitaries. 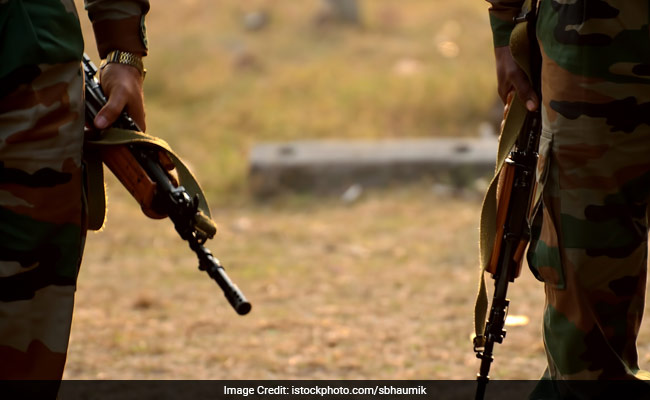 Srinagar: Over 180 soldiers from Jammu and Kashmir were inducted into the Army on Tuesday after completion of their year-long training.

The 185 soldiers from the state were part of a passing out parade at Bana Singh Parade ground of Jammu and Kashmir Light Infantry (JAKLI) Regimental centre, where hundreds of relatives of the new recruits had gathered on the occasion.

The parade that marks the graduation of a recruit and his induction as a soldier was reviewed by Chief of Integrated Defence Staff Lt Gen Satish Dua, who is also Colonel of the JAKLI Regiment, a defence spokesman said.

He said the parade was attended by over 1,000 relatives including parents of the young soldiers, besides a number of civil and military dignitaries.

The dauntless young soldiers of the regiment hailing from all regions and religions of the state of Jammu and Kashmir, marching in precise unison with a singular aim of devoting their lives in service of their nation, singing their Regimental Song 'Balidanam Veer Lakshnam', inspired one and all as their voice echoed in the Parade ground, the spokesman said.

Their salute to the tri-colour with national anthem playing inspired patriotic fervour in all present, he said.

Lt General Dua congratulated the young soldiers for their immaculate parade and impressed upon them to render selfless service to the nation.

He praised their contribution towards encouraging more youths from Jammu and Kashmir to come forward to join the security forces.

Lt. Gen Dua also highlighted the vital role played by the parents in motivating their wards to join this noble profession.

Promoted
Listen to the latest songs, only on JioSaavn.com
While some youth from the state have been misguided and gone astray, the young soldiers who have been inducted into the army present the real picture of youth from Jammu and Kashmir, Lt Gen Dua told reporters.

He said the army always provides a platform for assimilation of the youth of the state into the national mainstream by way recruitment or engagement.