The Vice-Chancellor of the university, who claimed the institution maintained special squads that kept a "check over ragging", has promised action will be taken in this matter

Saifai, where the alleged ragging took place, is the home of former UP Chief Minister Mulayam Singh Yadav

A group of 150 first-year medical students were forced to shave their heads and salute their seniors, in an alleged case of ragging that took place at a university in Uttar Pradesh on Tuesday. Videos of the incident, in which the students "bow in reverence" to the seniors, were shared widely, prompting authorities at the Uttar Pradesh University of Medical Sciences in Safai village to take notice of the incident.

The Vice-Chancellor of the university, Dr Raj Kumar, has claimed the institution maintained special squads that kept a "check over ragging" and has suspended students for similar incidents.

"We keep a strict vigil on such activities and we have a separate dean social welfare for students. Further, we have an anti-ragging committee to deal with complaints," he said, adding, "We also have a special squad which visits every place in University to keep a check over ragging. The students can complain to the anti-ragging committee or even to their wardens."

In the first of the distressing videos, which is shot from a distance, a small group of students, wearing white coats, can be seen walking in a single file. All of them have had their heads shaved. 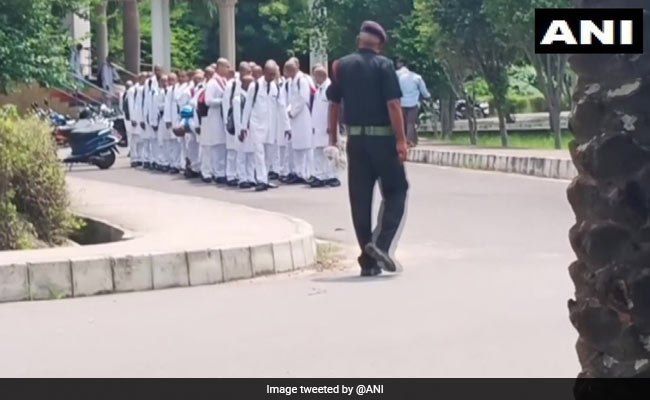 A second video shows them jogging and offering mock salutes to a group of seniors.

In a third video, a security guard is seen standing near the students. However, he takes no apparent action to stop the alleged ragging.

The Vice-Chancellor has promised that action will be taken in this matter.

"Strong action will be taken against those involved. We have suspended students earlier also. I want to assure juniors that they need not worry," he told news agency ANI.

Saifai is the home village of former Uttar Pradesh Chief Minister Mulayam Singh Yadav and his son Akhilesh Yadav, who is also a former Chief Minister. AKhilesh Yadav is also the current leader of the Samajwadi Party. Their extended family still lives in the village. 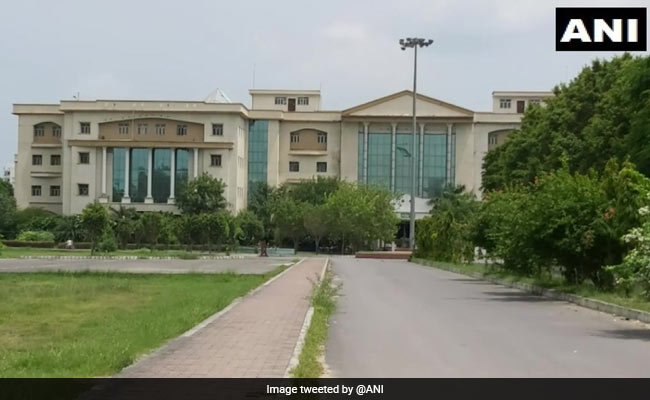 Last month a 14-year-old Hyderabad boy allegedly attempted suicide after being ragged by his classmates.

In March, two Tamil Nadu college students allegedly committed suicide after they were left depressed and demoralised by seniors who ragged them.

The number of ragging complaints received from students and institutions across India rose from 423 in 2015 to 901 two years later, according to data released in parliament last year by then Union HRD Minister Prakash Javadekar.