Ninety coins in the denomination of Rs 5 and Rs 10 and ornaments like chains, nose rings, earrings, bangles, anklets, wrist bands and watches were found from the stomach of the 26-year-old 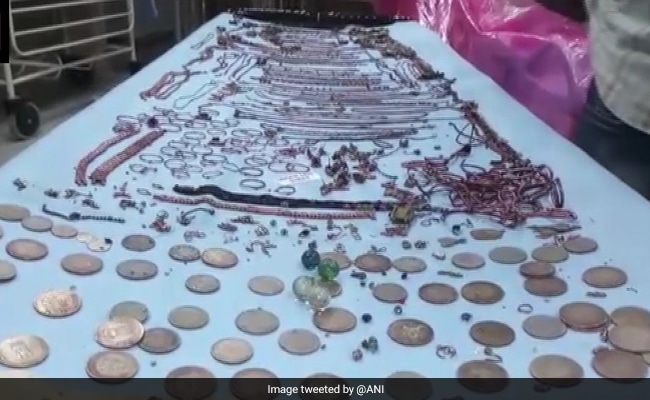 90 coins and ornaments like chains, nose rings, earrings, were found.

Over 1.5 kg jewellery and coins were removed from the stomach of a mentally unstable woman at a government hospital in West Bengal's Birbhum district on Wednesday, a doctor said.

Ninety coins in the denomination of Rs 5 and Rs 10 and ornaments like chains, nose rings, earrings, bangles, anklets, wrist bands and watches were found from the stomach of the 26-year-old, said Siddharatha Biswas, the head of the surgery department in the Rampurhat Government Medical College and Hospital.

"We removed a total of 90 coins from the stomach of the woman," Dr Biswas said after the surgery.

The ornaments were mostly made of copper and brass but some golden jewellery was also there, he said.

According to the woman's mother, she noticed that ornaments were disappearing from their home at a village under Margram police station limits.

"My daughter is mentally unsound. For the past few days she used to throw up everytime after having a meal," the mother said.

She said her daughter got the coins from her brother's shop .

"We have noticed that ornaments are disappearing. But whenever we questioned her, she started crying," she said.

"We used to keep a watch on her. But somehow she managed to swallow all these materials. She was not well for the past two months. We had taken her to various private doctors and she was on medication without any result," the mother said.

Later, the woman was taken to the hospital, where doctors operated her on Wednesday after conducting various tests for around a week.