Patients had to wait outside hospitals in Kerala where consultation was put on hold in the morning.

New Delhi: The outpatient department (OPD) services at private hospitals across the country have remained affected today after the Indian Medical Association (IMA) called for a 12-hour shutdown to protest what it describes as the "anti-people and anti-patient" National Medical Commission (NMC) Bill, 2017, that seeks to replace the Medical Council of India (MCI).

"I have spoken to the IMA yesterday. We have heard them...," Union Health Minister JP Nadda said in Rajya Sabha during Question Hour today and added, "This (the Bill) is beneficial to the medical profession."

The IMA, however, says the Bill will "cripple" the functioning of medical professionals by making them "completely answerable to the bureaucracy and non-medical administrators".

NDTV has learnt through sources at Max Hospital that doctors who wish to protest can do so between 9 am and 2 pm and patients will be attended by the available doctors. "We are not turning away patients from our OPD, but yes we are stretched thin today as some doctors are going ahead with the strike," said a senior doctor at Max Healthcare.

IMA president Dr Ravi Wankhedkar told NDTV that the shutdown has been a "success" in all major hospitals across Delhi and even after the long yearend break, "important surgeries were postponed to register our protest".

While services at government hospitals will not be affected, the doctors will observe a 'Black Day' and wear black arm bands as they see patients. Dr Vivek Chouksey, President Federation of Resident Doctors Association, said, "It is a bill that the politicians are trying to push through and we are against it but we also don't want patients to suffer. So, our OPD services will go on as per routine but we are wearing a black band in protest." 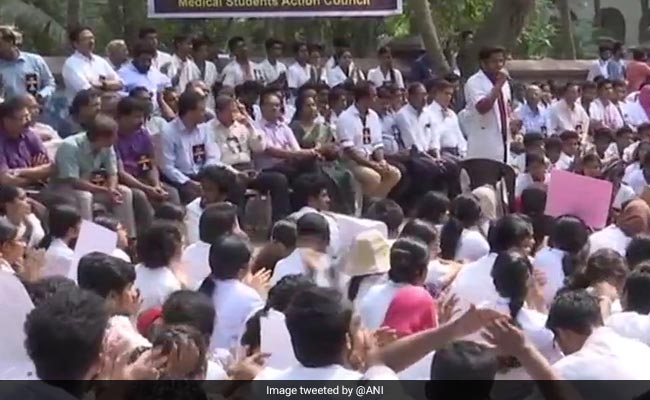 The IMA, which has 2.77 lakh members, has termed the Bill as anti-poor and anti-people.

Doctors in Kerala also stayed off duty and more than 3,000 doctors staged a dharna in front of the Governor's house. While OPD services were suspended at state-run medical colleges in the morning, private hospitals in the state say the protests would continue till 6 pm. Emergency services, however, will be not be affected.

"I was being examined by a doctor and mid way, other doctors came and pulled my doctor away. This is very cruel," said a woman from Thiruvananthapuram.

Patients in Karnataka had to wait outside hospitals where consultation was put on hold for the day. Most of the private hospitals won't operate their OPDs till 6 pm today, said HN Ravindra, President of the Karnataka chapter of IMA.

The IMA, which has 2.77 lakh members, has termed the Bill as anti-poor and anti-people, and said it makes the system prone to corruption. It has demanded amendments in the Bill which was tabled in the Lok Sabha on Friday and will come up in Lok Sabha for discussion today.

"The IMA strongly opposes this Bill and has no option but to take the issues to our patients and the people. To register our protest, routine medical services like OPD and elective surgeries across the country have been withdrawn between 6 am and 6 pm at our member hospitals and health institutions," national president Ravi  Wankhede had told news agency IANS.

The Bill purported to eradicate corruption, the IMA alleges, is "designed to open the floodgates of corruption".

Promoted
Listen to the latest songs, only on JioSaavn.com
NMC is an anti-poor bill with pro-private management clause, it claimed and added, "The bill allows ayurvedic as well as homeopathic doctors to practise allopathy after a six-month bridge course."

"Unscientific mixing of systems and empowering of other practitioners through bridge courses will only pave the way for substandard doctors and substandard medical practice. This will seriously impact patient care and patient safety," said the association. 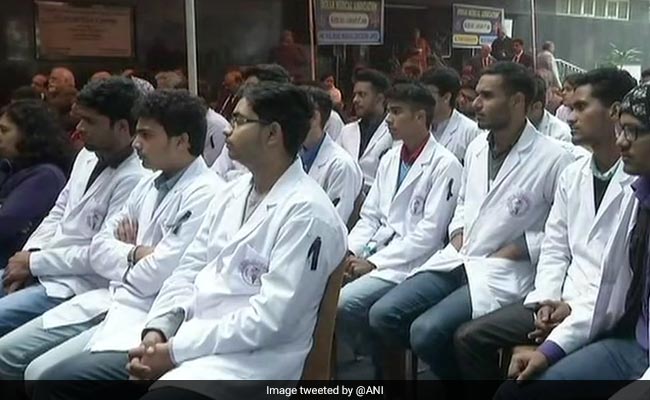 Doctors protest against the National Medical Commission Bill in Delhi.

The IMA has the following demands: