1 Dead, 1 Injured In Separate Mob Attacks In Assam Within 48 Hours

One person was killed after a family feud turned violent in central Assam, another was brutally beaten by locals in the state's western part who thought they caught him trying to steal from a home. 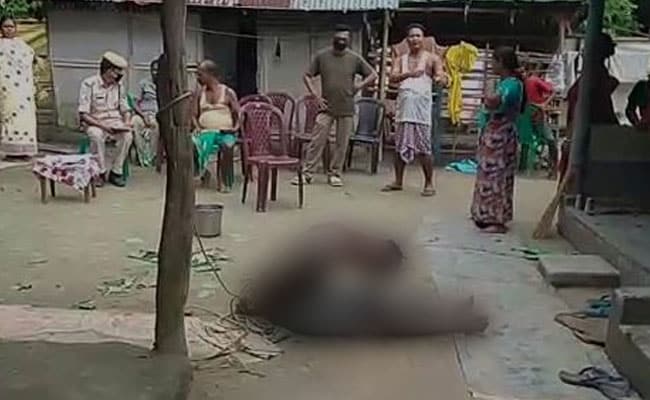 These are not the first mob attacks in Assam this year.

Two incidents of mob attacks within the period of 48 hours have rocked northeast India's Assam. While Sabin Gour was killed after a family feud turned violent in central Assam's Biswanath, Majen Nath is recovering from a brutal beating by locals in Western Assam's Bongaigaon who thought they caught him trying to steal from a home.

According to eyewitnesses, Sabin, a daily wage labourer in Pratapgarh tea estate, about 9 km from Biswanath Chariali, the district headquarters, was tied to a tree and was beaten by his brother Nabin Gour's friends after he allegedly attacked him.

"Sabin and Nabin, both daily wage labourers got into a fight on Thursday during which Sabin beat Nabin with a sharp object. Nabin was immediately taken to the nearby hospital where he is undergoing treatment. On Friday, Nabin's friends, on getting the information came looking for Sabin, tied him to a tree nearby and beat him," the police said.

By the time Biswanath police took Sabin to the hospital, he had already died.

"We have picked up Lepa Nayak, Bhaya Nayak, Lala Nayak and Mahesh Gor in this connection," the police said.

The police, however, managed to rescue Majen Nath in time on Saturday when locals were still beating him in Devangaon about 18 km from the district headquarters, Bongaigaon town.

"Majen, a habitual addict, had silently snuck up in the wee hours of Saturday inside Kamleshwar Nath's house and slept there. A woman, found him lying on the floor and on not recognising, locked him inside and called locals. They came and started beating him," the police said.

"Nath has been taken to the nearest, Boitamari police station where it was found that he was not a thief but an addict who found the doors ajar and went into sleep in his fit of high," the police said.

These are not the first mob attacks in Assam this year. Earlier, a vegetable seller was beaten to death by locals in Kamrup Rural and youth was killed by tea garden workers in upper Assam's Jorhat district after he allegedly molested a woman.