The pantry car of the train, the Yesvantpur-Tatanagar Superfast Express, was destroyed in the fire.

The train pantry was completely destroyed in the fire

A fire broke out in the pantry of a running train late at night in Andhra Pradesh's East Godavari district. The staff separated the pantry car, stopping the fire from spreading to the other bogies of the train. No injuries from the incident have been reported so far.

The origin of the fire, which broke out at around 2 am, is not yet known.

The pantry car of the train, the Yesvantpur-Tatanagar Superfast Express, was destroyed in the fire. Before separating the pantry, the train staff attempted to put out the fire, but were not successful.

The train was stopped immediately after the flames were noticed by personnel, according to a South Central Railway spokesman, reported news agency IANS. The overhead power supply was switched off as well. 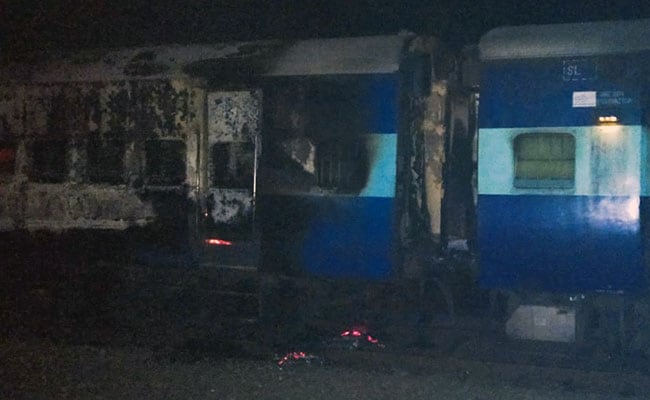 The train was heading to Jamshedpur in Jharkhand from Karnataka capital Bengaluru.

Trains running from both directions were stopped. As a result, trains in the Vijayawada-Vizag sector were delayed. However, train services resumed soon after.

Police and railway officials are currently at the spot, to ascertain the cause of the fire.

A coach was attached at Vishakhapatnam to accommodate the passengers of the coach adjacent to the pantry car. The train later resumed its journey.