BJP leader and Education Minister BC Nagesh says teacher shouldn't have made the remark, "but now it's just being politicised, pandering to a vote bank" 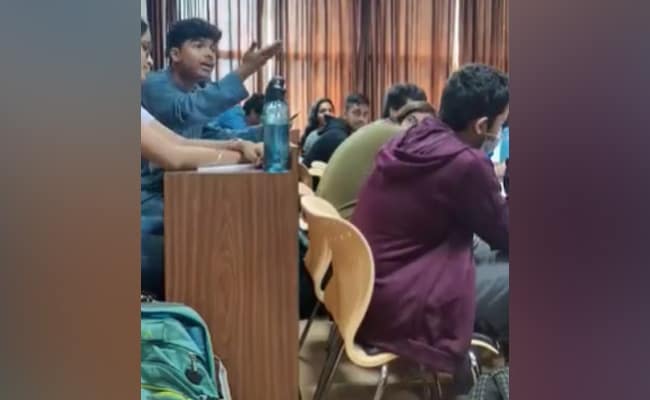 The student confronting the teacher at Manipal Institute of Technology, Udipi. (Video grab/File)

A day after a college teacher in Karnataka was suspended after he compared a Muslim student with a terrorist, the Education Minister of the BJP-ruled state has said it's "not a big issue". "Almost everyone uses words like 'Ravan' or 'Shakuni' every day. Even in the assembly, many times we've spoken like this. It doesn't become an issue," Minister BC Nagesh told reporters.

"Why does it become an issue when someone speaks about Kasab?" he added. Ajmal Kasab, the lone Pakistani terrorist captured after the 26/11 Mumbai attacks, was executed in 2012.

In last week's incident at Manipal Institute of Technology, a private institution in Udupi, a professor had reportedly asked a student his name and, upon hearing a Muslim name, had blurted: "Oh, you are like Kasab!" When the student objected, he apologised. The video went viral over the weekend.

The minister said the teacher shouldn't have made the remark, "but now it's just being politicised, pandering to a vote bank". 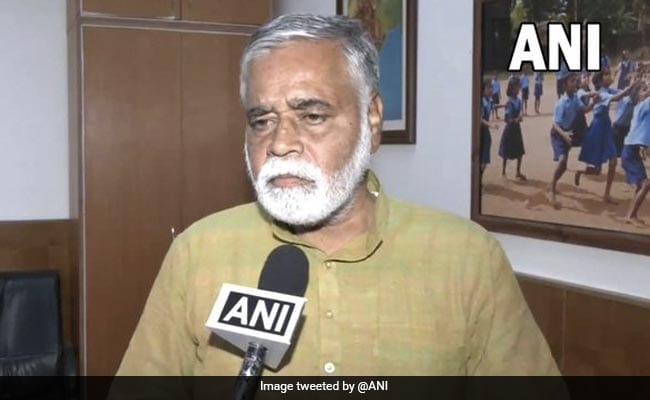 Karnataka Education Minister BC Nagesh speaking to a news agency.

In the video, the teacher could be heard initially telling the student that "you are like my son" and that he was sorry about the "joke".

"No, sir," retorted the student, "It's not funny; 26/11 was not funny. Being a Muslim in this country and facing all this every day is not funny."

He further told the teacher: "A 'sorry' doesn't change how you think or how you portray yourself here."

Other students watched the exchange silently, some of them appearing shocked while some heard chuckling.

After the video was shared widely, the college suspended the teacher and ordered an inquiry. The student was given counselling, the institute said. "We would like everyone to know that the institute does not condone this kind of behavior and this isolated incident will be dealt with in accordance with the laid down policy," said its statement. It also asserted that it was proud to have a vast diversity on campus and was committed to uphold constitutional values of treating everyone alike.

In a WhatsApp message later circulated in one of the campus groups, the student explained the incident and said, "I had a conversation with the lecturer and realised that he genuinely meant that apology, and we as a student community must let it go as a genuine mistake. I understand what was going on in his head and would like to believe he didn't mean it. It came across wrong from a teacher, a person we admire, but it can be ignored this time. Thank you for standing with me through this. It means a lot."