On Meghalaya Miners' Rescue, Congress Lawmaker's Goof Up In Parliament

In his notice for adjournment, Congress' Shillong MP Vincent H Pala said there was a need to rescue the miners trapped in Mizoram, whereas the 15 miners are trapped in a mine in Meghalaya. 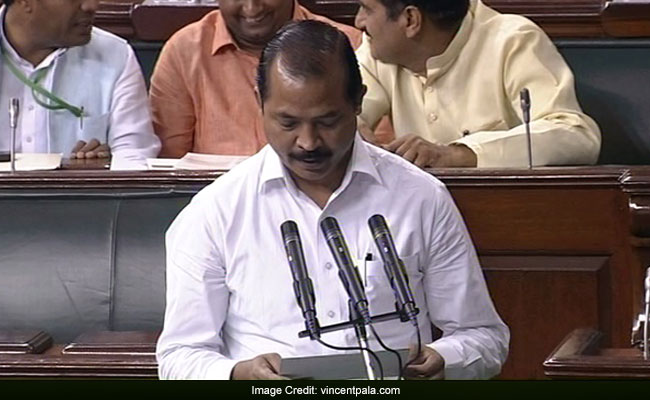 Congress' Shillong MP Vincent H Pala made a faux pas in the Lok Sabha on Thursday when he cited Mizoram instead of Meghalaya while moving an adjournment notice on the miners trapped in East Jaintia Hills district.

In his notice for adjournment, he said there was a need to rescue the miners trapped in Mizoram, whereas the 15 miners are trapped in a mine in Meghalaya.

The miners are trapped in an illegal coal mine in Meghalaya's East Jaintia Hills district for the last two weeks.

Congress president Rahul Gandhi on Wednesday attacked Prime Minister Narendra Modi, saying while 15 labourers are trapped in a coal mine in Meghalaya since December 13 and are struggling for air, the prime minister "struts about" on Assam's Bogibeel Bridge "posing for cameras."

Asking the prime minister to "please save the miners", Mr Gandhi alleged that the government was not organising high-pressure pumps needed for rescue operations.

However, the state government in Meghalaya rejected Rahul Gandhi's claims, saying it was making efforts to rescue them.

Meghalaya Chief Minister Conrad K Sangma, without mentioning Rahul Gandhi's remarks, had said there was no inaction and that the administration and the National Disaster Response Force (NDRF) had really worked hard to trace the miners, but, unfortunately, the operation did not yield any result.

In Yogi Adityanath's Letter To Arvind Kejriwal, An Appeal And Assurance On Migrants