Sharad Pawar said during his visit to the village, he observed large-scale loss of lives, property and livestock. 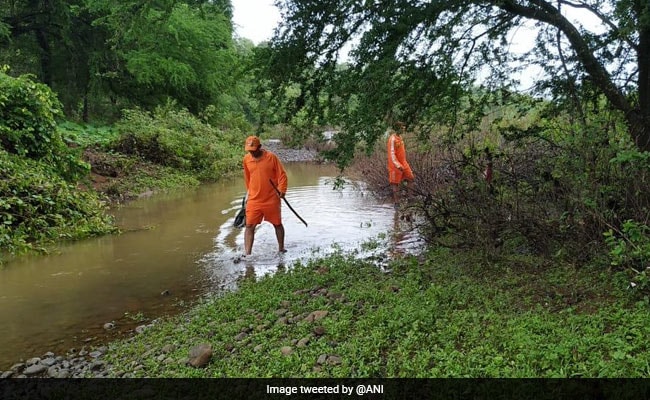 At least 18 people in the Tiware dam breach.

NCP president Sharad Pawar has written to Maharashtra Chief Minister Devendra Fadnavis, seeking speedy rehabilitation of those affected by the Tiware dam breach in Ratnagiri and providing basic amenities to them.

At least 18 people died while five others went missing in the flood caused by the dam breach on July 2 due to torrential rains in the region.

In his letter, dated July 9, Mr Pawar demanded relief to the affected people through the funds of prime minister, chief minister and national disaster management.

He said the previous Congress-NCP government in Maharashtra had helped the victims of Malin landslide.

Nearly 151 people were killed in the landslide in Malin village, located in the foothills of the Sahyadri mountain range in Pune district, in July 2014.

"The then government had undertaken relief work immediately after the Malin mishap. Relief was provided to the affected families through the funds of chief minister, prime minister and disaster management and in other ways," Mr Pawar said in the letter.

"The existing government schemes were implemented on priority then. The demands of Tiware villagers and affected people be considered on the same ground," the former Union minister demanded.

He asked Mr Fadnavis to properly rehabilitate the affected families and speedily re-establish the basic public amenities there.

Mr Pawar said during his visit to the village, he observed large-scale loss of lives, property and livestock.

Not only crops, the farm soil also got washed away by the flooding last week, leading to concerns over the livelihood of local farmers, the NCP chief said.

He said the chief minister should ensure education and hostel facilities to children whose family members died in the incident.

"The affected families should be rehabilitated at a safer location, away from the dam," he said.