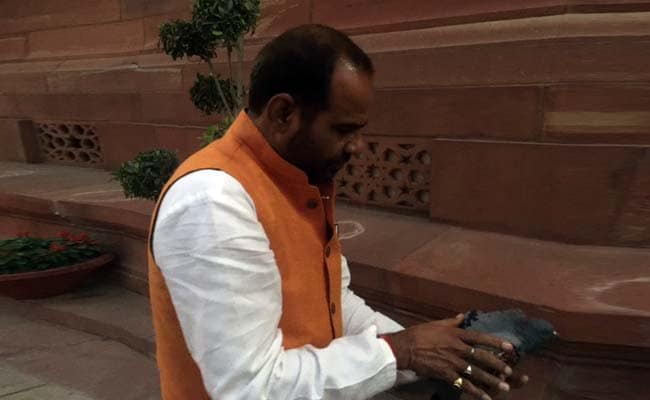 Lawmaker Ramesh Bidhuri took the injured pigeon to a doctor.

New Delhi: Delhi is often accused of callous behavior, especially in case of road accidents, but Thursday saw an accident victim who did not lack for care.

BJP lawmaker Ramesh Bidhuri was chatting to a group of journalists at Parliament's gate number 4, when the bird got his attention. The pigeon was injured, unable to fly.

The lawmaker checked with the security staff, but they did not know how the bird got injured. A close inspection indicated that it probably had been hit by a vehicle.

By then, a small crowd had gathered. While no one was eager to touch the bird, suggestions flew from all directions. Someone said the bird should be taken to a vet. Another suggested calling Union minister Maneka Gandhi, who is also a noted animal rights activist.

By then, the noise and the attention had made the bird nervous. As Mr Bidhuri went forward tried to pick it up, it hopped away, trying ineffectively to hide.

After several efforts, he managed to catch it. Then getting the address of a veterinary clinic in Connaught Place, he carried the bird to his car, got in and left.

NDTV later tried to contact Mr Bidhuri to check on the pigeon's health, but the lawmaker from South Delhi was unavailable for comment. 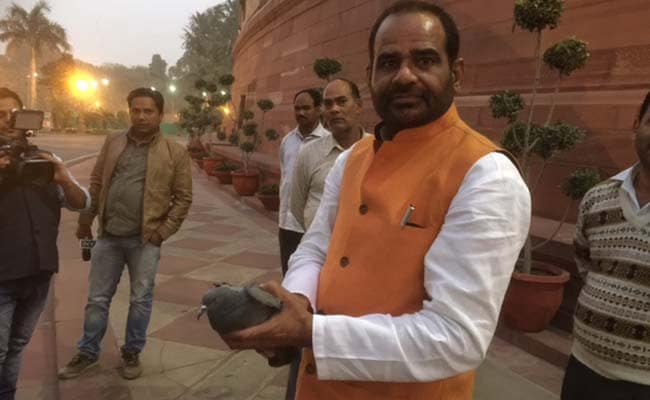