On Flight To Ranchi, A Passenger Tried Opening Exit Door Before Landing

A passenger on board an AirAsia flight Aftab Ahmed tried to open the door of the aircraft before it had landed in Ranchi. 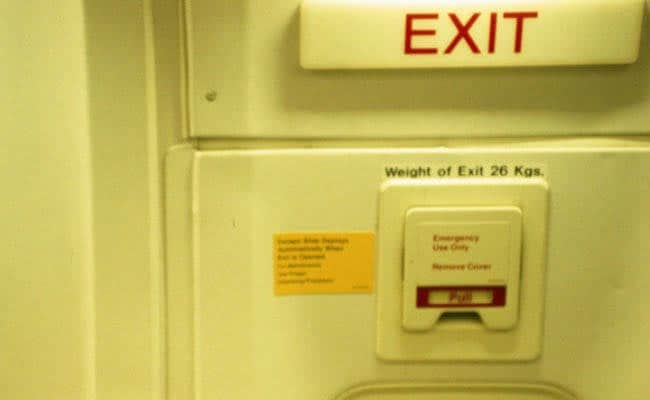 Passengers and crew were injured in attempt to stop Aftab Ahmed from opening the door. (Representational)

Passengers on board an AirAsia flight from Delhi to Ranchi had a close shave with disaster and went through some tense moments when a disruptive passenger tried to open the emergency door while the plane was in air.

The incident happened at about 9:50 pm on Monday night when the plane, an Airbus 320 aircraft, was preparing to land at the Ranchi airport.

The disruptive passenger - identified as 32-year-old Aftab Ahmed - was immediately handed over to the police after the aircraft safely landed at the airport.

Sources say Ahmed, a resident of Ranchi, injured his fellow passengers and the cabin crew when they prevented him from opening the emergency door. As of now, the motive behind Ahmed's unruly behaviour was not clear.

The AirAsia incident comes at a time when the civil aviation ministry is about to introduce a "No Fly List" to deal with disruptive and violent air travellers. According to the proposed rules, if a passenger's behaviour is life threatening, an airline can handout at least a two-year ban on flying.

These rules were framed after Shiv Sena lawmaker Ravindra Gaikwad had assaulted a senior Air India employee in March for having to fly economy despite having a valid business class ticket.

The bizarre incident also came just a day after attendants on board a Seattle-to-Beijing flight had to wrestle and even smash a bottle of wine on the head of an unruly passenger who tried to open the exit mid-air. Joseph Hudek IV was eventually subdued by multiple people and arrested after the aircraft landed.