Alok Verma case: The Supreme Court is hearing Alok Verma's petition against forced leave and his response to a vigilance report on him. 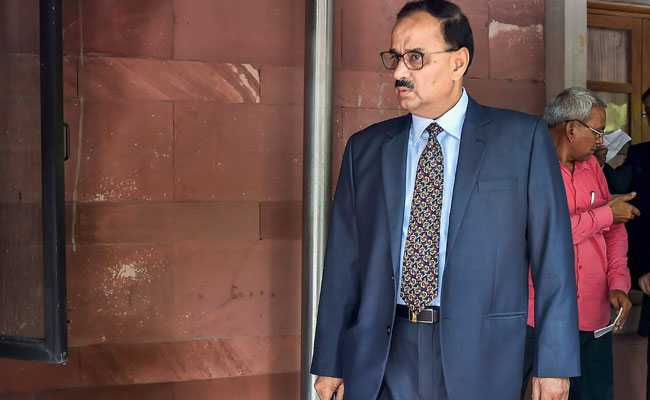 Alok Verma has been accused by Rakesh Asthana of taking bribe from a businessman being probed by the CBI.

The top two officers of the Central Bureau of Investigation were "fighting like cats", the government told the Supreme Court today, arguing that it was forced to strip CBI chief Alok Verma of his powers "in larger public interest to ensure institutional integrity". The government also said both officers, Alok Verma and his deputy Rakesh Asthana, were sent on leave because of an extraordinary situation.

"The government of India was watching with amazement as to what these two officers were doing, they were fighting like Kilkenny cats... Extraordinary situation made centre act and divest Alok Verma of his powers till the Chief Vigilance Commission takes a decision," Attorney General KK Venugopal told the court, reading from the late night government order sending the CBI chief on compulsory leave.

"The CVC took his own decision - the centre was concerned with the happenings in the CBI and two tough officers tightening against each other. CVC has to decide who is right and wrong," the centre's lawyer said, adding that the CBI's top two went public.

"TV channels had a field day and CBI became an object of ridicule," said Mr Venugopal.

The Supreme Court is hearing Alok Verma's petition against the government's action and his response to a vigilance report on him. His lawyer Fali Nariman has argued that the government's order stripping him of charges has no basis, that the CBI director can be removed only with the approval of a committee.

The top court had on November 20 abruptly ended a hearing, furious over leaks to the media.

The case is centred on corruption charges swapped by Alok Verma and his deputy Rakesh Asthana.

The CBI Director has been accused by Mr Asthana of taking bribe from a Hyderabad-based businessman being investigated by the agency. Mr Verma has accused Mr Asthana of the same crime.