On Camera, Lawyer Couple Hacked To Death In Telangana

The couple had reportedly formally complained to the Chief Justice of the state high court, saying their lives were under threat.

A well-known lawyer couple who used to practice in the Telangana High Court was hacked to death this afternoon on a road between Manthani and Peddapalli towns. The couple, Gattu Vaman Rao and his wife PV Nagamani, were returning after a court appearance, when they were waylaid and attacked.

The murder was caught on camera by multiple people passing by. Cellphone videos show the attacker chasing and stabbing the man on the road.

One of the videos show him lying on the road as an attacker repeatedly stabs him. A bus slows down and honks. The as the man on the ground stops moving and the attacker gets into his car and drives away, the bus moves off too. A biker who had stopped by to watch, also starts moving.

Another video shows Nagamani, injured, sitting almost still, stuck between the seat of the car they were travelling in.

A fourth video shows Vaman Rao lying on the road, bleeding. The video shows him answering questions from someone off camera, identifying himself and the man who he says attacked him.  The attacker, he said, was Kunta Srinivas, said to be a member of the ruling Telangana Rashtra Samithi. 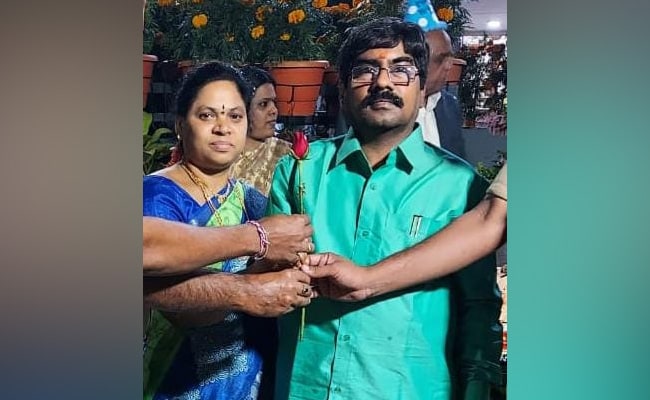 The couple were taken to a hospital, where they died.

"They seem to be professional killers. Just half-hour ago, Kishan Rao, father of Vaman Rao filed a complaint against Kunti Srinivas and others," said Police Commissioner V Satyanarayana.

"We are looking for him and have taken 10 of his associates into custody. We have formed six teams. Three DCPs, three ACPs, task force and the cyber-crime section are investigating. Other than the three named, we are investigating if others are also involved,'' said Mr Satyanarayana.

The couple had reportedly lodged a formal complaint with the Chief Justice of the Telangana High Court, saying their lives were under threat.

The attack has sent shockwaves among the lawyers of the state. The couple was well known for having worked for and contributed to the welfare of less well-to-do lawyers during the Covid pandemic, they said.

The Bar Association and other organisations have condemned the attack and demanded an immediate arrest of the accused. There is also a demand that no lawyer should appear on behalf of the accused.