Addressing a press conference in Delhi, Lok Sabha Speaker Om Birla said there is a sense that a new parliament building is required. 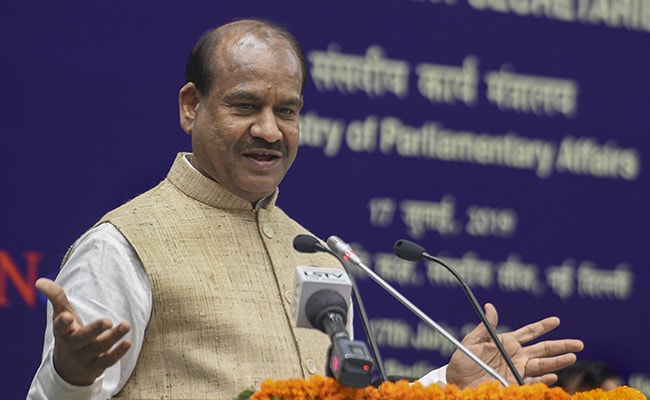 Construction of a new parliament building is being considered among various options, Lok Sabha Speaker Om Birla said on Saturday, adding that a final call was yet to be taken.

Addressing a press conference in Delhi, Mr Birla said there is a sense that a new parliament building is required.

Several groups have been formed for taking suggestions from various people, including parliamentarians, on the issue, he said.

The current parliament building may also be modernised, he added.

Speaking in the House during the just-concluded session, Mr Birla had urged Prime Minister Narendra Modi to include the expansion and modernisation of Parliament Building in his resolution for ''New India'', on the completion of the 75th year of India's Independence.

He also had said it is the aspirations of "all of us" that Parliament Building of the largest democracy of the world should be the most magnificent and attractive.

Talking about the just-concluded session, Mr Birla said, "The proceeding of Lok Sabha was not adjourned even once during the session and as a result, it sat for 72 hours more than its allocated time, which is equivalent to working of 12 sittings."

Thanking members of the House, he said that by taking all parties along he would try his best to ensure that the proceedings continue uninterrupted during his tenure.

"If Lok Sabha functions properly and sat for longer hours, it sends out a positive message in the country," he said.

Mr Birla said a conference of speakers of all state assemblies will be convened soon to discuss how the productivity of the state legislatures can be enhanced.

Discussing various initiatives taken by him for improving the functioning of the house, Mr Birla said to update members about the bills which have been introduced in the House, the Lok Sabha secretariat will provide experts who will brief them on the technicality of the proposed legislation.