Old Helicopters Need To Be Replaced: Family Of Soldier Killed In Crash 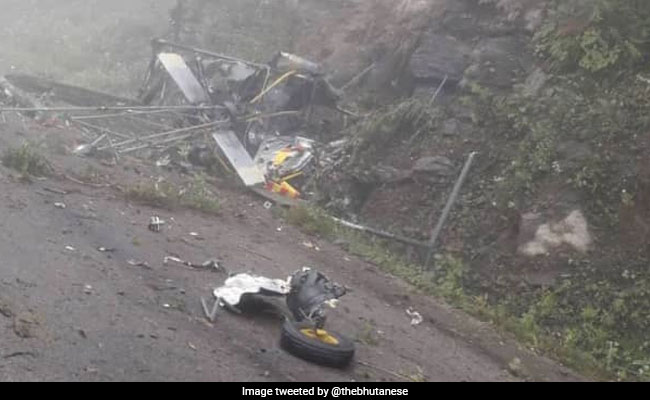 The family of Lieutenant Colonel Rajneesh Parmar, who was killed when an Indian Military Training Team (IMTRAT) Cheetah helicopter crashed in eastern Bhutan on Friday, today expressed disappointment over delay by the government in replacing old helicopters.

"We will appeal to the government to replace the helicopters as they are taking a toll on our soldiers' lives. Even vehicles are replaced after every 15 years. Our child will never come back, but the lives of others can be saved with new equipment," said Ved Parmar, the Lieutenant Colonel's uncle.

"He was a jolly fellow who was full of patriotism. He was also very driven to serve the nation, following his dad's footsteps he had joined the Army," added Mr Parmar.

"This is an irreparable loss. It was actually his birthday yesterday. His mother called him up and then I talked to him too in the morning but he was busy. He just said -- Thanks Papa, I will speak to you in the evening," said Mukhtyar Parmar, father of Lieutenant Colonel Rajneesh.

"It is a big loss for us, but it happened in the service of the nation. That is the only consolation we can give ourselves," added Mr Parmar, a retired Air Force personnel.

He said Lieutenant Colonel Rajneesh has left behind his wife and a 12-year-old child, who studies in an Army school in Bikaner.

The single-engine Cheetah helicopter of the Indian Army was on duty en-route from Khirmu in Arunanchal Pradesh to Yongfulla in Bhutan when it crashed near Yongphulla at about 1 pm, Army Spokesperson Col Aman Anand said.

The chopper belonged to Indian Army's 667 Army Aviation Squadron based in Misamari in Assam. The chopper was returning after a commitment with an Indian Army Major General posted with the Indian Army Military Training Team (IMTRAT) deployed in Bhutan, Indian Army sources said.

As a part of the arrangement between Indian and Bhutan, Bhutanese pilots have been training with the Indian Army since 2014-15.

Cheetahs are 1960 vintage choppers which have been in the Indian Army for more than 40 years.