Oh, Nothing. Just Taimur Ali Khan Being Adorable On A Swing

Taimur is just getting accustomed to the attention and appears to be aware of the presence of the paparazzi around him. In the pictures, he can be seen looking down at the cameras from the balcony 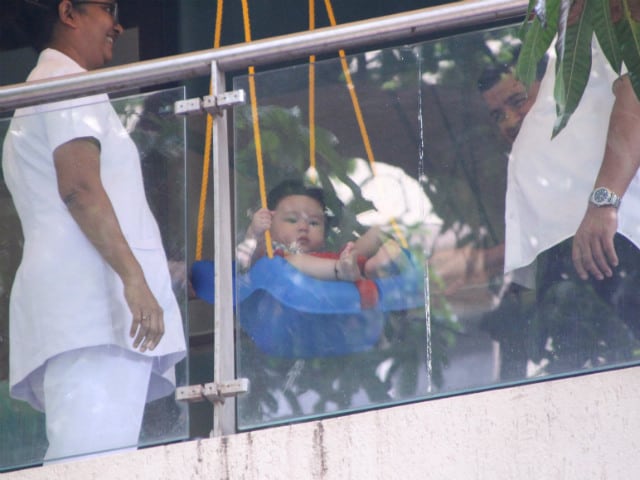 New Delhi: This little guy, Taimur Ali Khan, is so cute. Kareena Kapoor Khan and Saif Ali Khan's six-month-old son is an expert at being adorable. On Wednesday evening, Taimur was spotted in a swing on the balcony of the Saif's Mumbai residence. Neither Kareena nor Saif was spotted around him but he was well supervised by the nanny he's often spotted with and other helpers. Taimur is just getting accustomed to the attention and appears to be aware of the presence of the paparazzi around him. In the pictures, he can be seen looking down at the cameras from the balcony. Kareena and Saif married in 2012 and welcomed Taimur Ali Khan Pataudi in December last year. 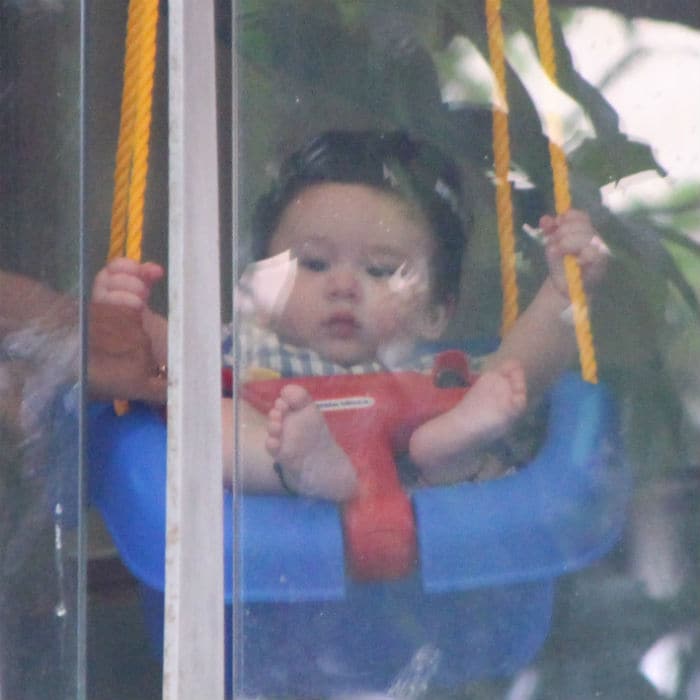 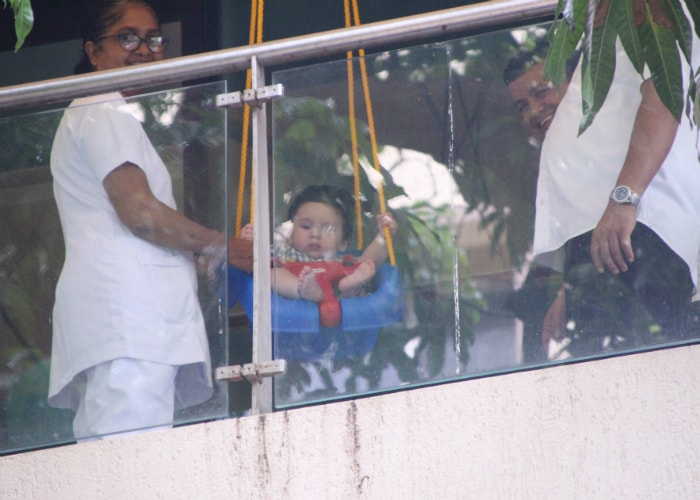 Meanwhile, Taimur has already started attending parties and making friends. Kareena and Taimur attended Tusshar Kapoor's son Laksshya's first birthday party last month. Taimur was safely perched on to her mother's arms and the actress also made him wave from the car. 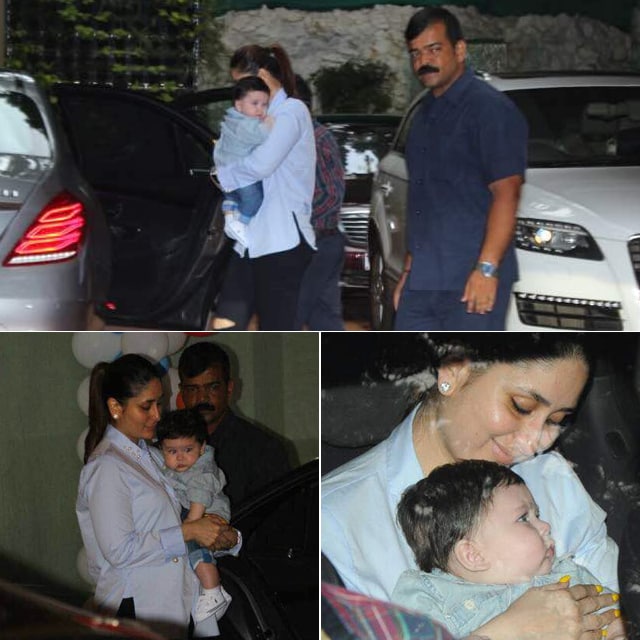 Taimur also might make his first foreign trip soon. Kareena has recently been roped in as the brand ambassador for a luxury wristwatch company, for which she will reportedly be in London to shoot an ad campaign. "They are yet to zero in on the location. Since it will turn into a long trip for Bebo, the actress is considering travelling with Taimur this time," a source close to the couple told mid-day.

Taimur is often spotted out on drives with Kareena but not so much with Saif Ali Khan, who is perhaps busy with his upcoming film Chef. Rhea Kapoor-directed Veere Di Wedding is Kareena's next film, co-starring Sonam Kapoor and Swara Bhaskar.
Comments
taimur ali khanswingtaimur