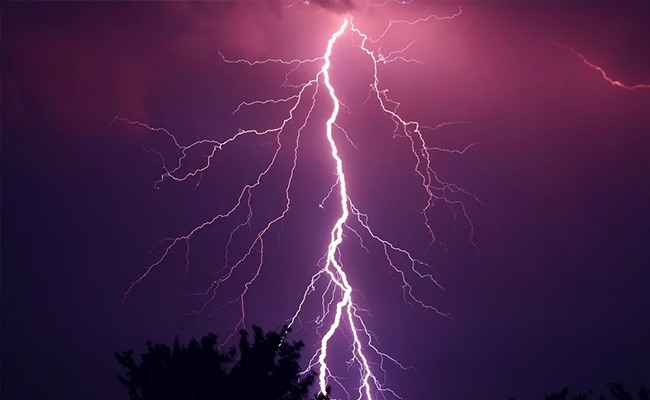 The objective behind this is to minimalise human fatalities, loss of property due to lightning strikes.

The objective of setting up the thunderstorm testbed is to minimalise human fatalities and loss of property due to lightning strikes.

IMD Director-General Dr Mrutyunjay Mohapatra, while speaking with a private television channel, also revealed that a first-of-its-kind monsoon testbed is also being planned near Bhopal.

Both the projects are in the planning stage and detailed project reports are being made, he said.

He said the thunderstorm testbed will be established in a collaboration between the Ministry of Earth Sciences, IMD, Defence Research and Development Organisation (DRDO) and Indian Space Research Organisation (ISRO).

"The IMD, ISRO and DRDO already have their units in Balasore. Observatories will be set up to cater to nearby areas and studies on thunderstorms will be conducted on the testbed," he said.

Mr Mohapatra, often referred to as the ''Cyclone Man of India'' for his accurate prediction of cyclones in the Indian subcontinent, pointed out that many lives are lost in Odisha, West Bengal, Bihar and Jharkhand due to lightning strikes every year between April and June.

More than 350 people are killed on an average in lightning strikes in Odisha every year, official sources said.

Hospitals Directed No Covid Patient Be Refused Admission Due To Lack Of Valid ID: Centre To Supreme Court