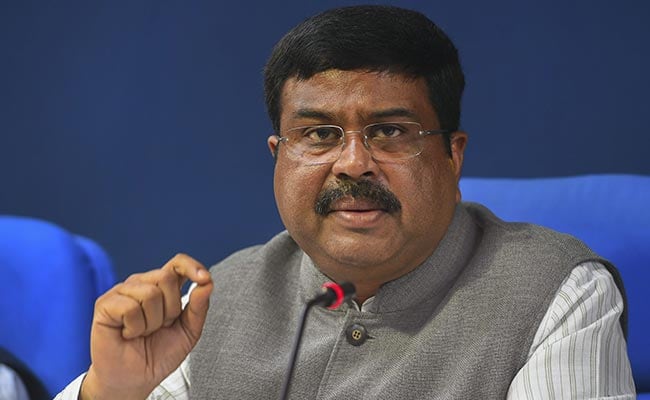 Union Minister Dharmendra Pradhan on Friday came down heavily on the Odishas BJD government, accusing it of denying benefits of the PM-KISAN Nidhi scheme to the state farmers.

Mr Pradhan made the allegations against the two decade-old BJD government headed by Naveen Patnaik while addressing a meeting held as part of Prime Minister Narendra Modi's farmers outreach programme at Japa block in Jagatsinghpur district.

Stating that the Centre has given Rs 60,000 crore to Odisha farmers through different schemes during the last six years, Mr Pradhan said the new farm legislations intended to make the farmers "atmanirbhar" (self-dependant).

The Union Minister for Natural Gas and Petroleum and Steel alleged that the state government was not providing the final list of farmers so that the needy farmers of Odisha could gain from PM-KISAN Nidhi.

He said every needy farmers get Rs 6,000 a year under the PM-KISAN Nidhi scheme.

He alleged that though the centre provides a lot of money for the development of Odisha, the funds are misappropriated.

"As part of Modi governments "Sushasan" (good governance), the funds are directly credited to the bank accounts of farmers.

"However, it is unfortunate that the state government is not sending the list of farmers eligible for the benefits under PM-KISAN Nidhi," Mr Pradhan said.

"Where is the financial assistance for farmers under the KALIA scheme?" he asked.

Terming it as unfortunate, Mr Pradhan said the Odisha government is yet to submit a list of farmers for availing the fruits of the central programme.

Initially, the state government had submitted a list of 43 lakh farmers for the PM-KISAN Nidhi scheme and funds were released accordingly by the centre.

"However, I fail to understand why the state government is not sending the full and final list for PM-KISAN and is also keen on decreasing the number of farmers," Mr Pradhan pointed out.

Without taking the name of Congress or any other political parties, the BJP leader also criticised those opposed to the three central farm legislations.

"The people who have been defeated through a democratic process are now conspiring against Prime Minister Narendra Modi. These people were in power for a long time both in the state and country," he said.

He remembered the former Prime Ministers contributions to the nations progress.