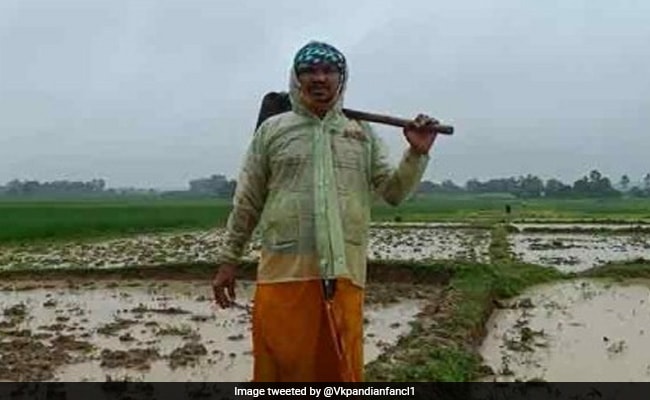 Odisha BJD MLA Manohar Randhari and his wife start their day at 5 AM when they reach their 25-acre farmland to plough and sow paddy saplings along with other workers. Mr Randhari's wife, who is also a government servant, leaves for office at 10 am and he continues to farm till noon.

With rain creating favourable conditions for agriculture, Mr Randhari, a three-time lawmaker from the Dabugaon Assembly seat, has been spending seven hours every day ploughing and tilling the agricultural land.

"I have been farming since before I became a legislator. Aftr my father's death last year, I am active this time. Though I work as a politician to do social service, agriculture is my profession and source of income," Mr Randhari told PTI over the phone.

The MLA said he works on his farmland for two months every year at his village in Odisha's Nabarangapur district.

Observing that only agriculture can fill stomachs during the COVID-19 pandemic, he urged youths to focus on farming.

The legislator said he earns Rs 7 lakh a year from paddy and corn cultivation.

"I want everyone from government servants to businessmen to devote some time to farming so that we can alleviate poverty and become self-sufficient," he said.

With the government prioritising agriculture, the nation's economy will be strengthened if many youngsters take to farming, the legislator said.

Mr Randhari said he does not yearn for publicity and is clueless on how the photograph of him working the land went viral on social media.

The MLA had earlier come to limelight when he washed the feet of a grade IV employee, worked as a labourer to repair a road and taught students in schools.

"I have no passion for publicity. My people are my strength. They know me and I work for them," he said.

Praising the MLA, Vice-President M Venkaiah Naidu tweeted in Hindi and Odiya: "Odisha MLA Manohar Randhari toils on the field for two months in a year. He says that youths should not hesitate to do farming."

Chief Minister Naveen Patnaik said in a Twitter post, "Appreciate party MLA Manohar Randhari for leading by example with his commitment to agriculture and taking pride in his work on the field."

Manhar Randhari said, "I thank both Vice-President and our chief minister for recognising my work. I seek their blessings."

Mr Randhari has been elected to the Odisha Assembly three times in a row. He won the Dabugaon seat in 2019, and emerged victorious from the Nabarangpur constituency in 2009 and 2014.

His sister Padmini Diyan is the Minister for Textiles, Handlooms and Handicrafts and the MLA from Kotpad in Nabarangpur district.