On Monday, Mufti Asad Kasmi, Vice President of the Itehaas Ulema-e-Hind, hit out at the actor-turned politician saying that she should change her name and religion because she is "defaming Islam and Muslims" by her actions. 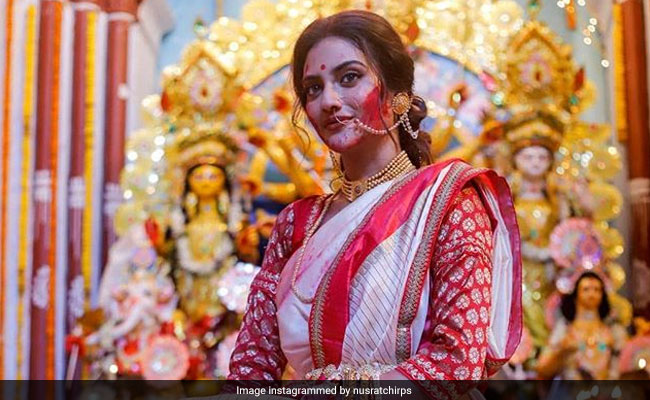 Trinamool Congress MP Nusrat Jahan, who was criticised earlier this week by an Islamic cleric in Uttar Pradesh after she took part in Durga Puja festivities in Kolkata, said today that she is "God's special child" and controversies don't matter to her.

"I'm God's special child. I celebrate all festivals. I respect humanity and love more than anything. I am very happy," she was quoted as saying by news agency ANI

"Controversies don't matter to me," she said as she participated in 'Sindoor Khela', a Bengali Hindu tradition, with her husband and businessman Nikhil Jain at Chaltabagan Durga Puja Pandal in Kolkata.

On Monday, Mufti Asad Kasmi, Vice President of the Itehaas Ulema-e-Hind, hit out at the actor-turned politician saying that she should change her name and religion because she is "defaming Islam and Muslims" by her actions. 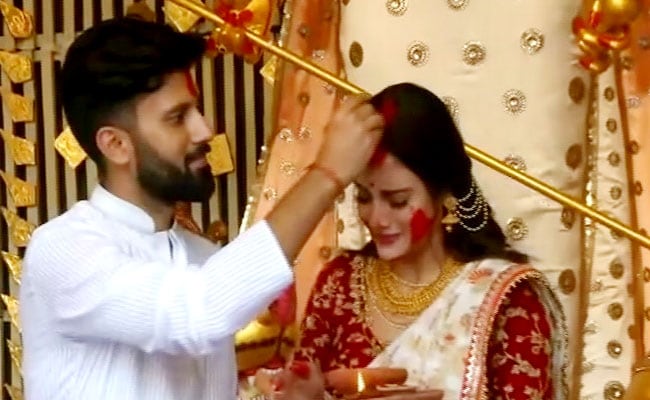 The Muslim cleric was referring to the first-tme parliamentarian's participation in Durga Puja celebrations in Bengal where her husband, was also seen with her.

"This is nothing new. She has been offering puja to Hindu Gods despite the fact that Islam orders its followers to pray only to Allah. What she has done is 'haram' (sinful)," the cleric was quoted as saying by news agency PTI.

"She had also married outside religion. She should change her name and religion. Islam doesn't need people who assume Muslim names and defame Islam and Muslims," he declared.

During the celebrations, Ms Jahan, dressed in a red saree, joined her husband in dancing and playing the 'dhaak', a traditional Bengali drum associated with Durga Puja celebrations. A video of the couple was posted on Nikhil Jain's Instagram account, along with the message: "Playing dhaak for the first time with my wonderful wifastic @nusratchirps".

Speaking to reporters after the puja, Nusrat Jahan said she wanted to promote religious harmony.

"I think I have my own way of portraying harmony towards all religions. Born and brought up in Bengal, I feel I am doing right by following culture and tradition. Here, we celebrate all the religious festivities," she said.

Her husband echoed those sentiments, saying, "I think every citizen of India, irrespective of their religious identity should accept all religions".

On social media, the couple was praised after the UP cleric's statement, with many praising the politician for supporting secularism.

The 29-year-old Basirhat MP has previously been criticised for wearing Hindu symbols of marriage.