Not Your Business If I Stay Out Late, Says Woman Who Was Stalked

In a Facebook post that has gone viral, Ms Kundu shared an account of a terrifying chase on the streets of Chandigarh on Friday after midnight when 23-year-old Vikas Barala and his friend tailgated her in their SUV, tried to block her, banged on her window and tried to force open her door.

Varnika Kundu was allegedly chased down the streets in a car by the son of Haryana BJP chief.

Chandigarh: Varnika Kundu, the 29-year-old DJ who was chased on the streets of Chandigarh and nearly kidnapped allegedly by Haryana BJP chief Subhash Barala's son, lashed out on Monday at an outrageous statement questioning why she was out late at night.

In a comment that he has since back-tracked on, Haryana BJP vice president Ramveer Bhatti had said: "Why was she allowed to roam around at night? Parents should not allow their children to stay out late...what is the point of roaming around at night?"

Responding to the barb in an interview to NDTV, Ms Kundu, said: "It is none of his business, it is my business and my family's what I do and where...If it wasn't for men like these, I wouldn't be unsafe going out... whether it was 12 am or 2 am or 4 am."

The 29-year-old went on: "If it happens at night it's my fault? Can the men not control their urges at night? Why am I being questioned?  I am the one who was under attack...but they are not questioned..."

In a Facebook post that has gone viral, Ms Kundu shared an account of a terrifying chase on the streets of Chandigarh on Friday after midnight when 23-year-old Vikas Barala and his friend tailgated her in their SUV, tried to block her, banged on her window and tried to force open her door. A police patrol team responded to her desperate SOS and arrived, witnessing one of the men banging on her window.

BJP sources have ruled out Mr Barala's resignation, which, according to critics, reinforces speculation about cover-up attempts.

The police arrested the two but they were charged with stalking and not kidnapping - a charge that is non-bailable. The accused were out within hours of their arrest. 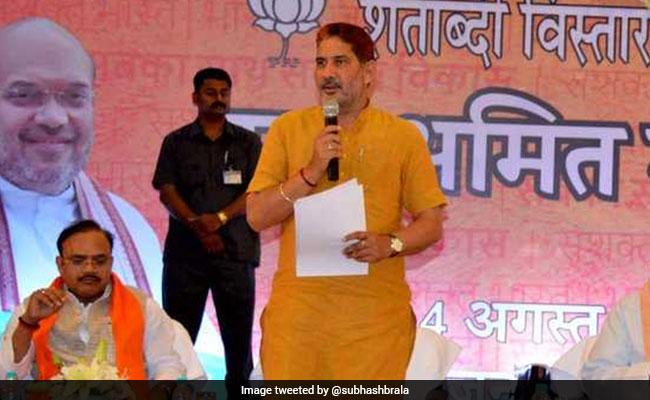 Though she complained about the intention of the men to abduct her, the police have only added a "wrongful restraint" charge to her FIR of stalking. CCTV cameras are missing from the road where she was chased, raising questions about a cover-up.

Over the past two days, Ms Kundu has been the target of criticism, slander and contempt. "It is a well-established tactic to intimidate me so that I back off...But what would have been the case if those guys had caught me?"

The two men, after their arrest, said 'it was a mistake', according to Ms Kundu. "A mistake doesn't last that long, can't be so intense? A mistake can't go on for kilometres...They are apologizing because I saved myself. If I hadn't been saved, who would they have apologised to?" she asked.

Promoted
Listen to the latest songs, only on JioSaavn.com
Varnika's father Virender Kundu, a senior bureaucrat, said: "In my mind there is no difference between killing a foetus and a girl as a human being. If a country can't make a woman feel like equal citizens, what kind of a society are we? Are we barbaric?"

Mr Kundu also deplored the comments of Ramveer Bhatti and scoffed: "They have no sense of propriety...they are prehistoric animals, belong thousands of years ago."