Haryana elections 2019: State BJP president Subhash Barala has denied reports that he had offered to quit. 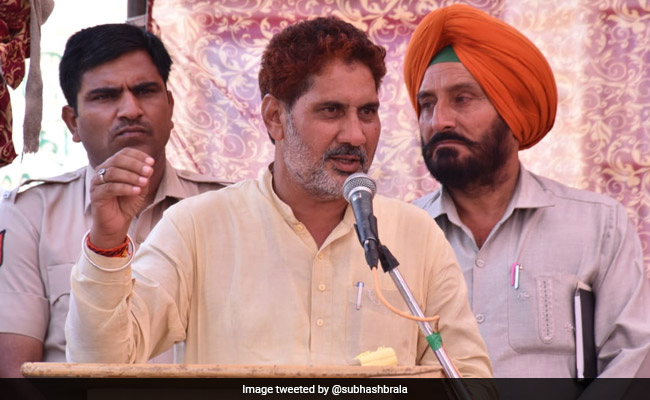 BJP's Haryana chief Subhash Barala has lost in his Tohana assembly, where Dushyant Chautala's JJP (Jannayak Janata Party) is ahead.

Mr Barala, this afternoon, refuted reports that he has offered to quit, with the party not performing as well as it expected in the Haryana election results and struggling to even touch the majority mark of 46 in the 90-seat assembly.

The BJP struggled to maintain its edge as it hovered around 40 seats in leads. The Congress led in 31 seats, and is said to be in talks with Dushyant Chautala.

Seven ministers of the BJP were trailing and the party was far from the "Mission 75" target it had set.

"We will try to introspect why fell short of the target we had set for ourselves," BJP vice president Vinay Sahasrabuddhe told NDTV.