"At this point of time we are not revising any target. The decision will be taken later," Finance Minister Nirmala Sitharaman said on fiscal deficit 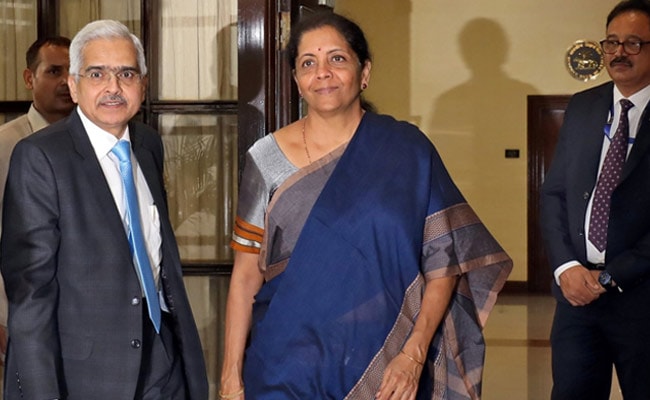 The government will not revise its fiscal deficit target immediately and is not planning any spending cuts at this stage, Finance Minister Nirmala Sitharaman said on Sunday, after slashing corporate tax rates to boost a flagging economy.

The government cut corporate tax rates on Friday in a surprise move designed to woo manufacturers, revive private investment and lift growth from a six-year low that has led to major job losses and fuelled discontent in the countryside.

Though equity markets welcomed the move, bond yields spiked to a near three-month high on speculation the government may have to borrow more to meet its spending needs.

The measures will cut revenue by Rs 1.45 trillion in the current fiscal year, according to government estimates.

But Ms Sitharaman said the government would only review the fiscal deficit target closer to the 2020-21 budget.

"At this point of time we are not revising any target. The decision will be taken later," she told reporters at her residence in New Delhi on Sunday, adding that there was no plan to cut spending currently.

Ms Sitharaman also said the government would decide on additional market borrowings for the second half of 2019-20 later.

Ratings firm S&P Global said on Friday India's move to cut corporate tax rates was a "credit negative development" despite potentially boosting the economy as it will widen its fiscal deficit.

Government sources told Reuters this month that India is likely to miss its fiscal deficit target for the current financial year and, toward the end of 2019, be forced to raise it to 3.5 per cent of GDP from 3.3 per cent after economic growth fell to a six-year low of 5 per cent in the April-June quarter.