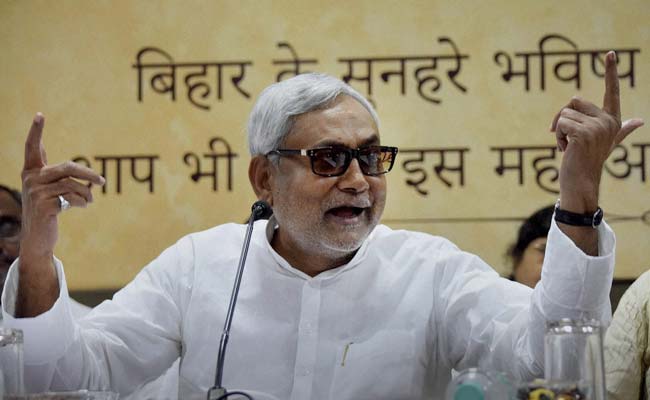 New Delhi: Bihar Chief Minister Nitish Kumar today voiced his displeasure at not being consulted over the appointment of Ram Nath Kovind as Governor of the poll-bound state while his party alleged there was an attempt by the Centre to "destabilize" the JD(U) government.

Mr Kumar said he got the information about the gubernatorial appointment through the media.

Attacking the Centre, JD(U) general secretary KC Tyagi said that Mr Kovind's appointment without any discussion with the state Chief Minister goes against the spirit of cooperative federalism and alleged that the central government's move is against the recommendations of Sarkaria Commission.

"JD(U) will hold talks with other opposition parties on Monday and would also demand for discussion in Parliament against the steps by the government to destablise the system of cooperative federalism.

"The central government is also trying to create Constitutional instability even in other states like Uttar Pradesh, West Bengal and Assam," the JD(U) general secretary alleged.

69-year-old Kovind, who had been a two-time Rajya Sabha member between 1994 and 2006, hails from Kanpur in Uttar Pradesh. His appointment came barely few months ahead of the Assembly elections due in Bihar.
Comments
Janata DalBihar governmentSarkaria CommissionRam Nath KovindBiharBihar electionsBihar polls