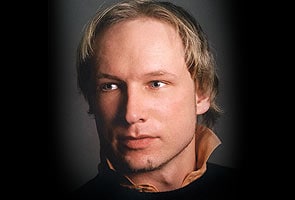 Varanasi: Norway's mass murderer Anders Behring Breivik, whose bombing and shooting spree in Oslo left at least 76 people dead, has a remote Indian connection. The combat badges of the 32-year-old's militant outfit were supplied by a weaver in Varanasi.

Breivik, a self-proclaimed anti-Muslim fundamentalist, placed an order for preparing an embroidered insignia for his militant outfit 'Justiciar Knight' through the internet with a weaver in the narrow bylanes of Pathani Tola locality.

"Yes, the order for preparing two samples was received by me in my e-mail account about 11 months back," said 45-year-old Mohammad Aslam Ansari, who runs his traditional family business of weaving brocade silk sarees under the Indian Art Company banner.

"The order came in response to an advertisement I had put out on a website in the hope of expanding my base and rising above my humble means. But let me tell you, the whole exercise was very disappointing as other than the two samples ordered by the Norwegian client, I received no other order," he added.

The badge shows a white skull, marked with the symbols of communism, Islam and Nazism on the forehead, impaled on the cross of the martyrs. The badge projects opposition against Islam, Communism and Nazism.

"After an exchange of around 10-12 mails, I was instructed to first manufacture just two samples of the badge - one metallic and the other of silk. In his mails, Anders also sought a quotation from me for manufacturing of 200 such badges," added Ansari, whose family has been involved in weaving since 1933.

As per the requirement, Ansari manufactured the two sample badges and couriered them after receiving payment of Rs.10,131.

Ansari said he waited for the order of 200 badges, but it never came.

"I kept on waiting for several days, but as there was no reply from the other side, I also stopped bothering about the order, and thought that the samples sent were not up to the mark for the client," he said.

Ansari registered Indian Art Company with a couple of Indian websites in 2006 for receiving international offers.

He believes Breivik shortlisted him for manufacturing the badges after coming across one of the websites that had his email address -- indianartco@gmail.com.

"With the name of receiver - Anders Behring - the parcel of the badges were couriered at Hoffsveien-18, 0275, Norway," said Ansari, a class 10 dropout.

Breivik was wearing the insignia at the time of his arrest.

Ansari said he felt slightly guilty after reading about the Oslo killings.

"I have not done anything wrong intentionally...Still, I have a feeling of guilt as I was associated with a man involved in a genocide...If I was aware about the ill-intention of the man, I would have never accepted his business proposal," said Ansari.

Promoted
Listen to the latest songs, only on JioSaavn.com
Ansari's teenaged son was even more disappointed over the whole affair.

"It was due to my father's urge to explore business avenues beyond geographical boundaries that led him to take an internet connection, which came in handy for me to learn many new things...but it failed to take us anywhere, even our connection was snapped due to non-payment," lamented 19-year-old Danish, a first year B.Com student.