Zero Degree In Parts Of Haryana, Rajasthan As Coldwave Intensifies In North India

North India Cold Wave: According to the India Meteorological Department (IMD), a western disturbance led to "scattered to fairly widespread" snowfall in Jammu and Kashmir, Ladakh, Himachal Pradesh and Uttarakhand. 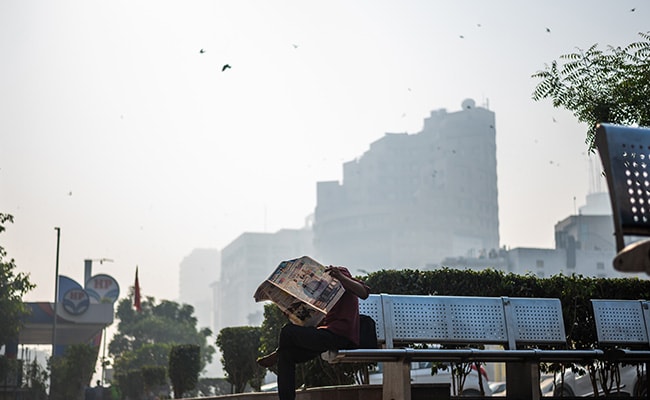 According to the India Meteorological Department (IMD), a western disturbance led to "scattered to fairly widespread" snowfall in Jammu and Kashmir, Ladakh, Himachal Pradesh and Uttarakhand.

Cold and dry northerly and northwesterly winds from the western Himalayas have been barrelling through the plains, bringing the minimum temperatures down in north India, the IMD said.

Delhi reeled under a cold wave as icy winds sweeping through the city brought the minimum temperature down to 3.6 degrees Celsius.

The Safdarjung Observatory, which provides representative data for the city, recorded a minimum temperature of 3.6 degrees Celsius and a maximum of 18.1 degrees Celsius, two notches below normal.

The IMD said the mercury may drop further by New Year''s Eve.

Most places in Kashmir recorded moderate snowfall, bringing cheer to those associated with tourism and trade as they expect business to pick up by New Year's Eve.

Officials said snowfall started in Srinagar around 7 am, several hours after it had begun in neighbouring Budgam and Pulwama districts.

The ski-resort of Gulmarg in north Kashmir recorded seven inches of fresh snowfall, while the Pahalgam resort in the south and the Sonamarg resort in central Kashmir received around three to four inches of snow each, they added.

The snowfall ahead of the new year has seen many domestic tourists and locals rushing to Gulmarg and Pahalgam, the officials said.

The minimum temperature in Srinagar -- the summer capital of Jammu and Kashmir -- was zero degree Celsius on Monday night.

Gulmarg was the coldest recorded place in the valley.

Cold wave conditions intensified in Himachal Pradesh as minimum temperatures decreased by one to two notches, the IMD said.

Lahaul-Spiti's administrative centre Keylong remained the coldest place in the state at minus 10.3 degrees Celsius, the IMD said, adding that it also received 0.6 mm snowfall.

Kalpa in Kinnaur district recorded a low of minus 6 degrees Celsius. The minimum temperatures in Dalhousie, Manali, Kufri, Seobagh, Solan and Bhuntar settled at minus 2.9, minus 2.6, minus 0.2, minus 1.5, minus 0.4 and minus 0.1 degree Celsius respectively.

Cold wave conditions sweeping most parts of Haryana and Punjab for the past few days further intensified on Tuesday, with the minimum in Hisar settling at zero degree Celsius.

It was the season's coldest night so far at many places including Hisar, Narnaul, Amritsar and Chandigarh.

Narnaul in Haryana also reeled under an intense chill, recording a low of 0.3 degrees Celsius, five notches below normal.

Chandigarh, the common capital of the two states, also reeled under a severe chill, recording a low of 2.8 degrees Celsius.

The maximum and minimum temperatures dropped at most places in Rajasthan as cold winds swept through the state, officials said.

The state's only hill station, Mount Abu, recorded a low of minus 4 degrees Celsius, followed by Sikar (minus 1 degree), Churu (zero degree), and Pilani and Bhilwara at 1 degree Celsius each, they added.

The weather department has issued a warning of severe cold in around a dozen districts of Jaipur, Bharatpur, Bikaner, Ajmer and Kota divisions of northeast Rajasthan till December 31.

The weather remained dry in Uttar Pradesh with shallow to moderate fog recorded at isolated places in the last 24 hours, officials said.

The day temperatures fell appreciably over Kanpur, Moradabad and Agra divisions but there were no major changes in the remaining divisions of the state.

Mumbaikars woke up to a chilly morning on Tuesday as the minimum temperature dipped to 15 degrees Celsius in the city, the lowest in the season, the IMD said.

The trend of cool breeze and chill will continue for the next 48 hours, it added.