The panel was formed to look into media reports quoting anonymous sources in NIA claiming that money routed from Pakistan-based terrorist Hafiz Saeed's Falah-e-Insaniyat Foundation could have been used in the construction of the mosque. 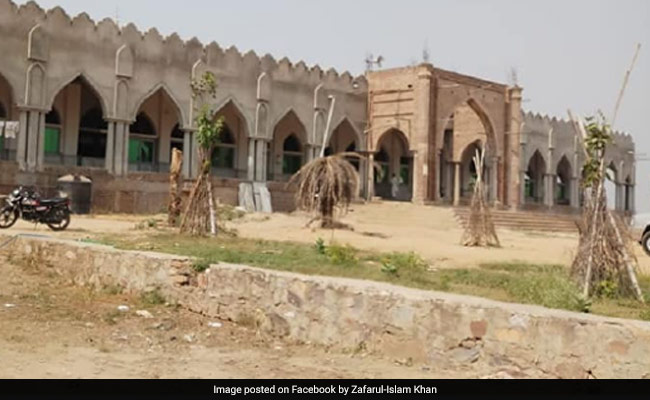 A fact-finding committee of the Delhi Minorities Commission (DMC) did not find any evidence showing that terrorist organisation's money was used in the construction of a mosque in Haryana's Palwal, according to its report released Wednesday.

The four-member panel, led by human rights activist and DMC advisor Ovais Sultan, was formed to look into media reports quoting anonymous sources in the National Investigation Agency (NIA) claiming that money routed from Pakistan-based terrorist Hafiz Saeed's Falah-e-Insaniyat Foundation could have been used in the construction of the mosque.

"The committee did not come across any evidence to state that the terror funding was received for the construction of the Khulafa-e-Rashideen mosque in Uttawar in Palwal, as was alleged in media reports quoting anonymous NIA sources,"  Mr Ovais said.

In July, the NIA had filed a case to probe the terror funding module linked to Falah-e-Insaniyat Foundation -- a front organisation of the banned terrorist group Lashkar-e-Taiba (LeT).

During investigation, it emerged that Mohammad Salman, a resident of the Nizamuddin area in New Delhi, was in regular touch with a Dubai-based Pakistani national, who in turn is connected to the Deputy Chief of Falah-e-Insaniyat Foundation.

The NIA had on September 25 conducted searches at the premises of Mohammad Salman in Nizamuddin, Daryaganj-resident Mohd Salim (hawala operator) and Rajaram in Kucha Ghasiram in New Delhi, and seized Rs 1.56 crore in cash, 43,000 in Nepali currency, 14 mobiles phones, five pen drives and several incriminating documents.

Following the seizure of incriminating material, the NIA had arrested from Delhi FIF member Mohammad Salman (52), and Hawala operators Mohd Salim alias Mama (62) and Sajjad Abdul Wani (34), a resident of Srinagar in Jammu and Kashmir, according to an official release issued then.

As per the report of the DMC, local Muslims and Hindus have together donated 10 acres of land for the construction of the mosque and a madrassa.

Accused Salman also donated some money for it after selling his ancestral land in the village, Mr Ovais said.

He said that the mosque belongs to Tablighi Jamaat whereas, LeT and FIF belong to Salafi school of thought and the two do not agree with each others' teachings and practices.

"So, there is no question of collaboration between them or funds being given to the mosque," Mr Ovais said.

The committee has recommended the chairman of Delhi Minorities Commission to write to the Union Home Secretary about "procedural lapses" in the case being probed by the NIA and issue an advisory to all media houses and agencies to be careful in reporting the alleged terror-related cases.