"No Talks With Centre Till Farm Bills Are Taken Back": Sukhbir Singh Badal

Sukhbir Singh Badal said SAD is a "pro-farmers party" and they will "struggle" for their stand. 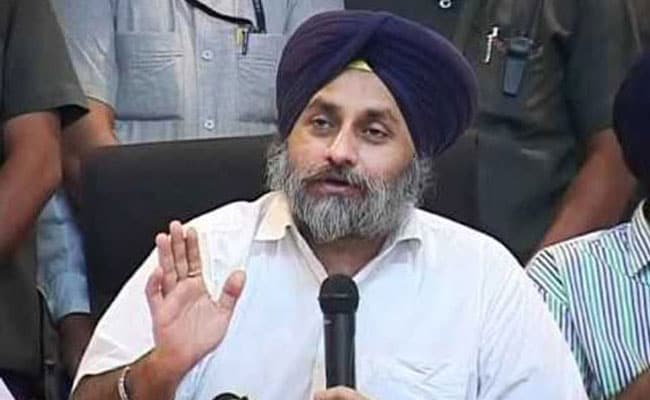 Shiromani Akali Dal (SAD) president Sukhbir Singh Badal on Saturday said there can be no talks with the Centre until agriculture bills are taken back.

He said SAD is a "pro-farmers party" and they will "struggle" for their stand.

"We will go to Punjab now, where party leaders and workers will hold a meeting. Since Shiromani Akali Dal is a party of farmers, we will struggle. There can be no talks with the Centre till the bills are taken back," Mr Badal told reporters.

"We congratulate Sukhbir Singh Badal and Harsimrat Kaur Badal for standing with farmers against the centre over the bills," Mr Sirsa said.

The Lok Sabha has passed three bills related to reforms in agriculture marketing. The bills seek to give farmers more freedom to sell their produce.

SAD leader Harsimrat Kaur Badal had resigned from the Union Cabinet conveying her opposition over the three agriculture-related bills which seek to replace ordinances brought earlier by the government.

SAD is a constituent of ruling NDA at the Centre.