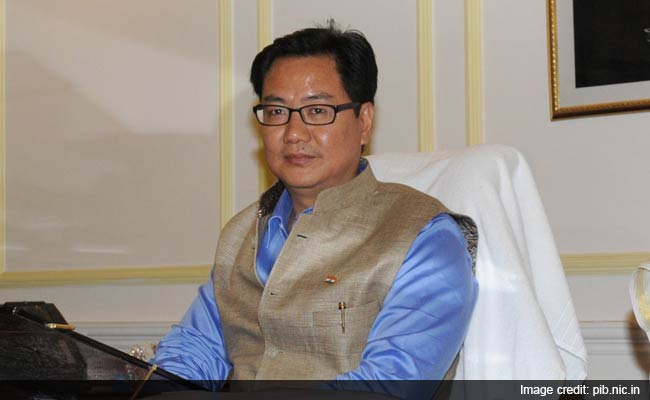 MoS for Home Kiren Rijiju said there is actually a decline in the number of communal incidents that took place in 2014 and 2015.

New Delhi: There has been no significant increase in incidents of hate crimes against minority communities over the years, Rajya Sabha was informed today.

"No significant increase in such crimes has been reported by the state government," Minister of State for Home Kiren Rijiju said when asked whether it was a fact that incidents of hate crimes against minority communities have increased.

Replying to another written question, Mr Rijiju said there is actually a decline in the number of communal incidents that took place in 2014 and 2015.

The minister said a total of 644 communal incidents were reported in 2014 across the country in which 95 people were killed and 1,921 others received injuries.

In 2015, till October, there were 650 incidents of communal violence in which 84 people lost their lives and 1,979  others were injured, he said.

Replying another question on lynching of a man in Dadri, Mr Rijiju said as per a report received from Uttar Pradesh government on October 5, 2015, some members of a particular community entered the house of a person on the intervening night of September 28-29 and beat him and his son on the allegation of slaughtering a banned animal.

One of the persons later succumbed to his injuries. The state government had informed that a criminal case was registered against 10 persons, he said.