No Role in Indo-Pak Peace Process Unless Jointly Sought: US 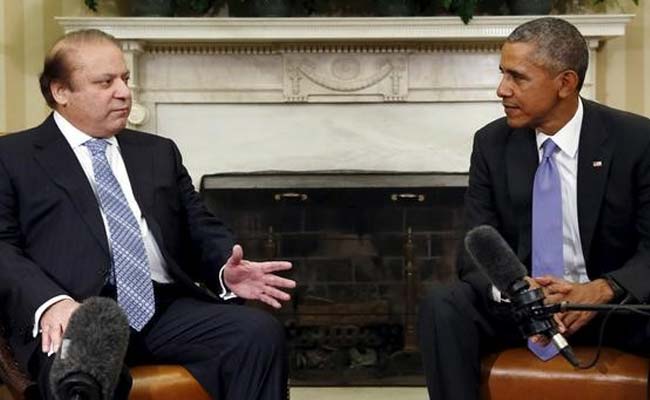 The US administration has told Pakistan that the best way to resolve Indo-Pak issues is through direct dialogue between the two neighbours.

Washington: The US has categorically ruled out any role for itself in Indo-Pak peace process unless both the countries jointly ask for it, according to a senior official who asserted that the best way to resolve issues is through direct dialogue between the two neighbours.

"(During the meeting) we affirmed the US commitment that we would be engaged only if this is something that India and Pakistan would like. This is not any change in any policy of the United States," the Administration official told Indian reporters yesterday.

"This has been a reiteration of the continued policy of the United states for both countries to work out these issues bilaterally and of course we and other countries would be willing to provide facilitating and other supporting role if India and Pakistan together ask for," said the official.

The official, requesting anonymity, did acknowledge that it has received set of dossiers from Pakistan on alleged Indian activities in parts of Pakistan.

"In the meeting with Secretary of State, John Kerry (on Wednesday) Prime Minister did share, hand over written material relating to certain concerns that Pakistan has about security in the region," the official said.

"As we have long said, and as the Secretary underscored, the best way to resolve issues is through direct dialogue between the two neighbors. We stand ready to support such dialogue in any way we can. We have just received these dossiers. We have not reviewed them and we do not have any comment on the contents at this point," the official said.

"A dialogue between India and Pakistan, the parameters of which, it is for India and Pakistan to work out. It is not the policy of the US to try to influence or try to set terms or otherwise even make recommendations for how that dialogue should take place. This is our policy for many years. That policy of the US has not changed," said the official.

"We just hoped that India and Pakistan do have a dialogue, normalise relations and work together to move the peace in the region and prosperity of the respective countries," the official said, adding that there is no US shift towards India or Pakistan.

"There is no tilt towards any country. The US has very important relationship towards India and Pakistan. They stand on their own. They are not zero some. US has global interest and has interest in peace and stability in the region," the official added.