The National Register of Citizens is a list of the state's citizens and exclusion of name does not automatically make anyone a foreigner, says home ministry official. 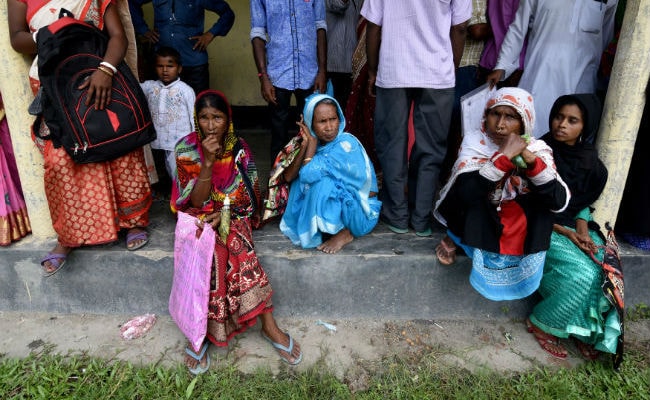 Nearly 40.07 lakh applicants did not find a place in Assam's National Register of Citizens. (File)

No person, excluded from the draft NRC published today, will be declared a foreigner as such powers are vested only with tribunals where one can approach for remedies, a senior Home Ministry official said.

The Supreme Court-monitored updating of the National Register of Citizens (NRC) is a "secular exercise" and no particular community was targeted, and all genuine Indian nationals will be given adequate opportunities to prove their citizenship.

The NRC is a list of the state's citizens and exclusion of name does not automatically make anyone a foreigner, the official said.

The power of declaring a person as foreigner is vested with the foreigners' tribunal set up for the purpose and all aggrieved persons can approach it if they have exhausted the options available with NRC authorities, he said.

The NRC is an application-based process and if someone does not apply for inclusion of name, that person's name will not figure in the list, however prominent the individual may be, the official said.

The Home Ministry also dismissed suggestions that internet was not working properly in Assam and maintained that the chief secretary and the director general of police have made it clear that telecom and internet services were running without interruption in the state.

As of now there is no report of any violence from anywhere in Assam and there was no rush to visit the NRC centre, the official said.

At a press conference in Guwahati, Registrar General of India Sailesh announced that 2,89,83,677 people were found to be eligible for inclusion in the draft of the NRC out of a total 3,29,91,384 applicants.

Around 40.07 lakh applicants did not find a place in the document.