No One Can Separate Me From Ganga, Says Sulking Uma Bharti

Ms Bharti said she will begin a padyatra from Gangasagar in West Bengal from October but hastened to add that it was not an act of defiance. 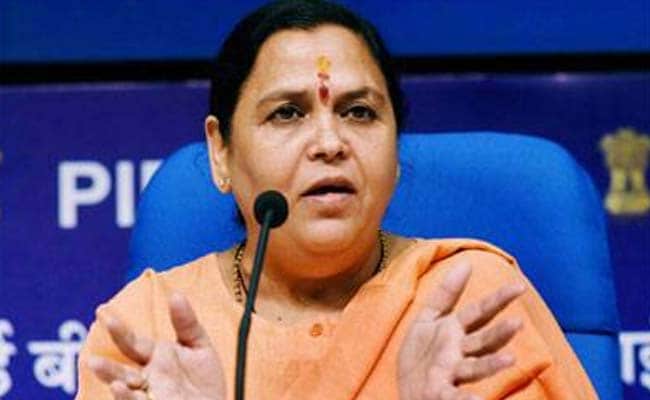 New Delhi: Apparently upset over being stripped of the Ganga Rejuvenation portfolio, Uma Bharti on Tuesday said no one can separate her from the river Ganga and announced that she will begin a padyatra along the banks of the holy river from Gangasagar next month.

Ms Bharti, from whom Water Resources, River Development and Ganga Rejuvenation portfolio was taken and handed over to Nitin Gadkari in Sunday's Cabinet reshuffle, also wondered how Gadkari could get this portfolio if she had failed because she had worked in consultation with him.

"No one can separate me from Ganga. Ganga is still with me... If I had failed how could Gadkari get this portfolio because I had worked in close coordination and close consultations with him (Gadkari) on Namami Gange project," she told media persons at the Drinking water and Sanitation Ministry, whose charge she was given on Sunday.

Promoted
Listen to the latest songs, only on JioSaavn.com
Ms Bharti said she will begin a padyatra from Gangasagar in West Bengal from October but hastened to add that it was not an act of defiance.

"I had announced a year ago that I will start a padyatra and had intimated Prime Minister Narendra Modi and Amit Shah. Shah then told me to begin the yatra after the Uttar Pradesh assembly elections. Now, I will begin this padyatra to make the people aware about Ganga cleanliness. The government alone cannot clean Ganga. We need to involve people and make them aware of it," she said.