"No New Landfill Coming Up": Delhi Civic Body Amid AAP vs BJP On Garbage

Arvind Kejriwal has claimed 16 new sites are coming up for dumping garbage, besides three "mountains" that he called "signs of BJP's failure" 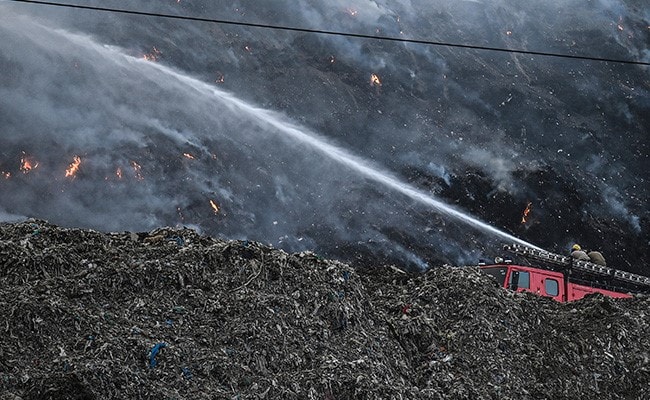 Ghazipur landfill now has "garbage mountain" is almost as high as the Qutub Minar. (File)

A day after Delhi Chief Minister Arvind Kejriwal claimed that the civic body was planning to develop 16 more landfill sites, the MCD on Friday said there was no such plan.

It also said that 77 lakh metric ton legacy waste has been processed so far from the city's three landfills, which have assumed the size of small mountains over the years.

Addressing a press conference on Friday, MCD Director (Press and Information), Amit Kumar said that the information that municipality is planning to create 16 more big dump sites or landfill was wrong.

"This is baseless. There is no such move or plan to open 16 new landfill sites in the city," Kumar said.

Mr Kejriwal had on Thursday claimed that the MCD was planing to erect 16 new “garbage mountains” in Delhi.

He had also accused the BJP of failing to clear the three garbage mountains in the last 15 years of its rule in Delhi's three erstwhile municipal corporations, adding that the upcoming MCD polls will be fought solely on the issue of garbage.

Delhi generates around 11,000 metric tons of garbage, a significant part of which is dumped in the three landfill sites -- Ghazipur, Bhalswa, and Okhla.

Giving an account of efforts being made to flatten the three garbage mountains, Mr Kumar said that the civic body has so far cleared around 77 lakh metric ton "legacy" waste from these landfills. Nearly 46 machines have been engaged at the three landfill sites to process older waste. 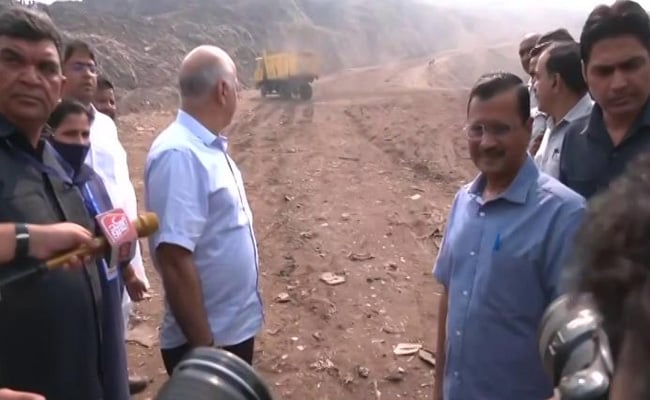 The cumulative capacity of waste processing in the city at present is 8,213 tonnes per day.

He also said that after inauguration of a Waste To Energy (WTE) plant in Tehkhand only 400-500 ton garbage is being dumped in Okhla landfill site, which used to cater 1,700 ton garbage from entire south Delhi earlier.

Mr Kumar also said that at present the height of the Ghazipur landfill is 65 metres (only eight metres less than the height of Qutub Minar).

In 2017, a portion of Ghazipur landfill had fallen on an adjacent road in which two people were killed.

He also said that in next one week nearly 40,000 inert material will also be lifted from these three landfill sites which will further help authorities process the legacy waste at these sites.