No Ice-Cream for Ajit Pawar Spells Trouble for 2 Engineers 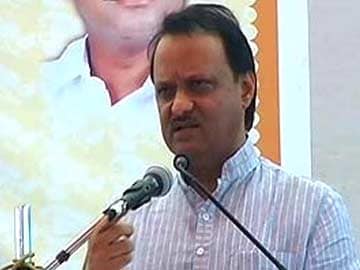 Aurangabad: Two engineers in the Public Works Department have received a notice to explain why Maharashtra's Deputy Chief Minister Ajit Pawar was served lunch without ice-cream for dessert on Monday.

Mr Pawar had stopped at a state-run guest house in Aurangabad for lunch on his way to Jalna, where he was to address workers of his Nationalist Congress Party after its crushing defeat in the Lok Sabha elections.

Lunch was partaken of without incident; the trouble began when Mr Pawar asked what was for dessert. Embarrassed housekeeping staff at the guest house said there was none. Mr Pawar left without a fuss, but his supporters complained to the District Collector's office and insisted that it shoot off show-cause notices to the two engineers for the "lapse."

MB More, the executive engineer in charge of the guest house explained, "The menu is decided by the liaisoning officer. I was not aware of the menu or if it had dessert. I wasn't even around when lunch was served."

The NCP supporters are so incensed at their leader not getting a sweet treat, that they have also demanded the suspension of the housekeeping staff. Aurangabad Collector Vikram Kumar was unavailable for a comment despite repeated attempts.

The opposition says this just another example of what it calls the "NCP's arrogance". Vinod Tawde of the BJP, who is Leader of Opposition in Maharashtra's legislative council, told NDTV, "I would've been happy if a district official not providing electricity to a village had been prosecuted, but taking such an action for not serving dessert is ridiculous."

Promoted
Listen to the latest songs, only on JioSaavn.com
An NCP spokesperson refused to speak on camera, but off it said he found the behaviour of Mr Pawar's supporters "strange". He then dismissed the incident as "too small to react to".

While NCP is increasingly accused of arrogance ahead of the assembly elections, the party's cadres seem to be squandering a five-month window they have to regroup again into a winning team. Will they get served some 'just desserts'?

Will hold Andhra Responsible For Even 1 Fatality: Court On Class 12 Exams