AIIMS Director Randeep Guleria said data from the first and the second COVID-19 wave shows that children are usually protected from the infection and even if they get it, they have mild infection. 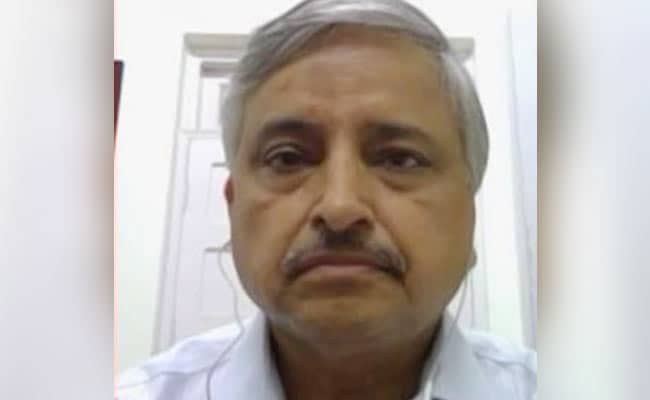 AIIMS Director Randeep Guleria said that there is no indication that children will be severely or more affected in the third wave of COVID-19.

Responding to a question on the possible impact of a third wave on children, Mr Guleria said there is so far no evidence that there will be severe infection in children or there will be more cases in them in the upcoming wave of COVID-19.

"Data from the first and the second wave shows that children are usually protected from Covid and even if they get it, they have mild infection," he said.

He, however, said children have suffered collateral damage during the pandemic due to gender gap in education, stress and mental issues, smartphone dependence/addiction, and interrupted educational opportunities.

Schooling of the children in rural areas has also been affected.

"If we see the data of the first and second waves, it is very similar and it shows that children are usually protected and even if they get it, they only have mild infection. And the virus hasn't changed so there is no indication that children will be more affected in the third wave," he said.

And there is this hypothesis that the virus enters through ACE receptors in the body and these receptors are relatively less in children as compared to adults.

This is a hypothesis on why the infection has been less amongst children, he said.

"Those who floated this theory said that children have so far not been affected, so perhaps they will be most affected in the third wave. But there is so far no evidence that there will be severe infection in children or there will be more cases in them in the upcoming wave," Mr Guleria said.

The comments come in the backdrop of some experts highlighting the need for preparation warning that children could be affected by the third wave more than adults.

The Indian Academy of Paediatrics recently said that though children appear as susceptible as adults it is "highly unlikely that the third wave will predominantly or exclusively affect children".

The country's child rights body National Commission for Protection of Child Rights (NCPCR) has said that with a third COVID-19 wave projected to hit the country, the Centre and states should ramp up their preparations to protect children and neonatals.

In a letter to Union Health Secretary Rajesh Bhushan, NCPCR chairperson Priyank Kanoongo said the ongoing second wave of the COVID-19 pandemic is impacting a slightly greater number of younger people and a third wave is projected to hit the country, will affect children too.

Underlining the urgent need to reorganise the National Emergency Transport Service (NETS), Priyank Kanoongo requested the health ministry to issue necessary directions for the service and ambulances to prepare specifically for neonatals and children.