No decision yet on Union Carbide waste: MP 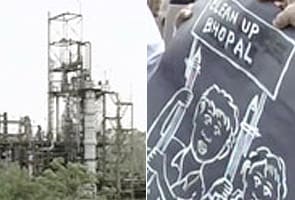 Indore: Madhya Pradesh Environment Minister Jayant Malaiya on Thursday said the government has not taken any decision so far in connection with the disposal of toxic waste lying in now-defunct Union Carbide Factory in Bhopal.

"The decision as to where, when and how the Union Carbide Factory's waste will be disposed of has not yet been taken, " Malaiya told reporters here.

He said the decision on the disposal of the waste will be taken after consulting the Group of Ministers (GoM) on Bhopal gas tragedy and taking people's concern and law and order issue into consideration.

To a question pointing out that the plan to incinerate the waste at a plant in Pithampur in Dhar district was faulty, he agreed that "something went amiss" on the part of Central and state government.

"There is no answer to the public perception," he remarked.

"When we came to know that the public was against incinerating Union Carbide's waste at Pithampur, we asked the Centre to dispose it of elsewhere," Malaiya said.

This proposal was accepted by the Centre, he added.

The plan to incinerate the Union Carbide Factory's waste witnessed a stiff resistance from the locals some months ago. As a result of this, GoM presided over by Union Home Minister P Chidambaram on September 27 decided that the waste
will not be disposed of at Pithampur.
Promoted
Listen to the latest songs, only on JioSaavn.com