Kangana Ranaut, according to reports, had said the building, which was demolished belonged to the NCP chief. 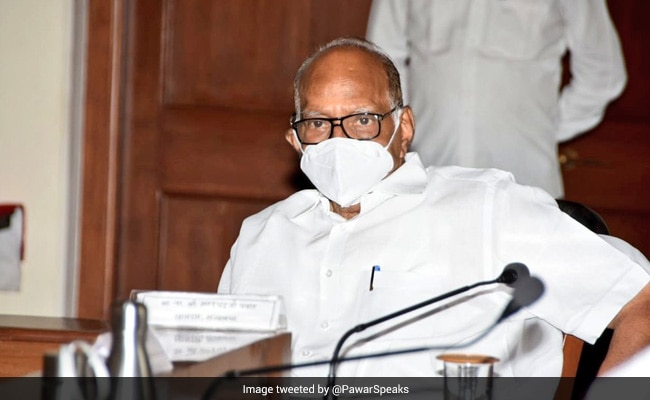 Nationalist Congress Party (NCP) Chief Sharad Pawar said he has no connection with actor Kangana Ranaut's property, which was demolished by the Brihanmumbai Municipal Corporation (BMC).

"I have no connection with the building, which was demolished by BMC. Her allegations against me are totally false," Mr Pawar told reporters on Thursday.

Kangana Ranaut, according to reports, had said the building, which was demolished belonged to the NCP chief.

Ms Ranaut has been making headlines with her statements and revelations about the Hindi film industry after actor Sushant Singh Rajput was found dead in his Mumbai residence in June.

She had been provided with Y-plus category security cover by the Union Home Ministry amid a row over her remarks, in which she compared Mumbai with Pakistan-occupied Kashmir and also targeted the Mumbai police.

Recently, the actor had also moved the Bombay High Court against the demolition drive by BMC at her property in Mumbai.