Views Should Not Be Imposed: Nitish Kumar's Party On Triple Talaq Bill

The Bihar party, led by Chief Minister Nitish Kumar, had opposed the bill even during the first term of Prime Minister Modi 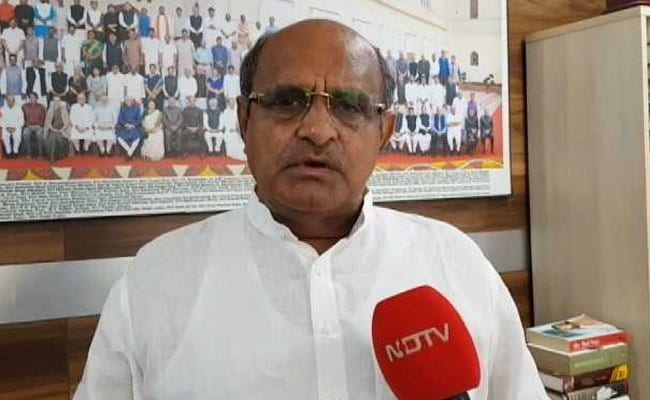 BJP ally Janata Dal (United) Friday opposed the triple talaq bill, which is likely to be tabled by the Narendra Modi government in the upcoming parliament session, and said any view should not be imposed on Muslims without wide consultations.

"Janata Dal(U) reiterates its previous stand on Uniform Civil Code. Ours is a nation based on a delicate balance in respect of laws and governing principles for different religions and ethnic groups. We must not impose any view without obtaining substantive consultations," its spokesperson K C Tyagi said in a statement.

Though the statement did not address the triple talaq bill directly, JD(U) sources said the proposed legislation is at the centre of their stand on Uniform Civil Code as the BJP has often projected its strong push for criminalising instant divorce among Muslims as a step toward uniform civil laws among people of different faiths.

The Bihar party, led by Chief Minister Nitish Kumar, had opposed the bill even during the first term of Prime Minister Modi, and the reiteration of its stand makes it clear that the JD(U) remains firm on its stand.

"We are of the view that it (UCC) still needs in-depth consultations with various religious groups. In absence of such a process, any attempt at premature or hasty tampering with long standing religious practices that deal with complex issues of marriage, divorce, adoption, inheritance and the right to property and succession, would be clearly inadvisable," Mr Tyagi said.

The JD(U) demands that all the stakeholders must be taken into confidence to make the law more broad, comprehensive and acceptable, he added.

The party also attached Nitish Kumar's letter to the Law Commission in 2017 in which he had called for a debate and broad consultation on the issue before any attempt is made to push for it.

The Modi government's attempt to push the triple talaq bill for passage in parliament was blocked in its first term due to its lack of numbers in Rajya Sabha.

While it enjoys a strong majority in Lok Sabha, it will need support from non-NDA parties for the passage of the bill in Upper House.

Opposition by allies like JD(U), a member of the NDA, is likely to make its job harder in Rajya Sabha.